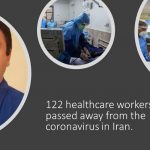 MEK Iran: COVID-19 Cases in Iran Underestimated by the Regime and No End in Sight

Written by Mohsen Aboutalebi on April 28, 2020. Posted in NEWS 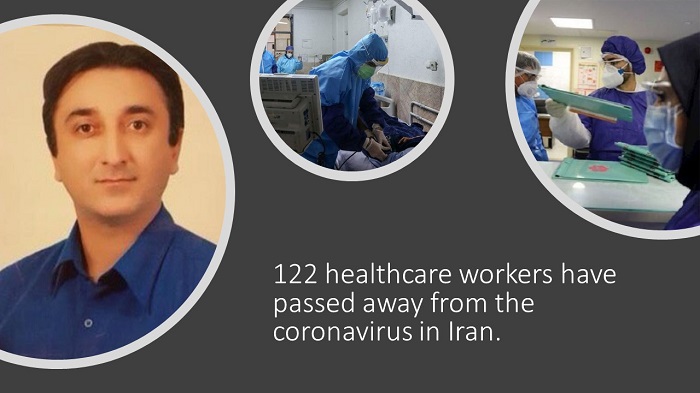 More medical staff die due to coronavirus in Iran.

Up to this date, more than 36,600 Iranians have fallen victim to COVID-19, the coronavirus disease that is currently plaguing the world. The deaths can be found in 301 cities covering all 31 provinces. While this is the true fatality rate, according to the People’s Mojahedin Organization of Iran (PMOI/MEK Iran), the regime thinks differently and refuses to acknowledge the massive human loss. Much of it could have been preventable if advice from the World Health Organization had been followed in the first place.  What the regime has been doing to cover up its lack of action is to downplay the tragedy and declare that the deaths from COVID-19 are barely 5,806. This is hardly believable as Tehran alone has lost 6,060 of its residents.

More than 36,600 people have died of the novel #coronavirus in 301 cities checkered across all of #Iran's 31 provinces, according to the Iranian opposition PMOI/MEK. pic.twitter.com/svoBAw5rbg

On top of this deceit, Iranian regime President Hassan Rouhani and the mullahs’ Health Ministry are wrongly claiming that there are 127 cities which are classified as virus-free areas. This is the opposite of the truth as highlighted by local officials in the alleged virus-free areas in Isfahan Province. Also, the Health Ministry announced that there were six places free of the virus in Sistan & Baluchistan Province in southeast Iran.  This seems to be far from the truth, even according to the IRNA, the regime’s official news agency which reported that a new wave of coronavirus cases are now arising. The same is happening in Khuzestan Province, in southwest Iran where there has been a rise of 50 percent in cases despite the regime saying that some places are now free of the virus. The story is repeated throughout Iran as where the regime is saying cities are virus-free the complete opposite is taking place. Qom Province’s governor reminded worshippers that no sacred shrines or mosques will remain closed until at least 20th May.

The announcement came today telling the people the devastating news that four anesthesia specialists had lost their lives and in one hospital alone seven had contracted the virus as well. Hossein Erfani, the president of the Center for Infectious Diseases in the Health Ministry, stated that the peak of the virus is yet to come.

As soon as workers start to get the virus, then the economy will quickly face even more difficulties and this is starting to happen right now. The Sharq newspaper, which is the voice of the state, reported that 37 employees of the Urmia Petrochemical Factory have COVID-19 after 82 were tested. These cases have only occurred since workers have returned to their workplaces.

100,000 employees of Mazandaran, Golestan, and Lorestan are no longer working and 65,000 of them have submitted their requests to register for unemployment benefits. Tens of thousands of construction jobs have gone too. So many people have been affected financially over these last few weeks that they are selling their possessions to make ends meet. They were promised financial help from the regime but nothing has happened yet. This has all been reported in the state-run Sharq daily. International Labor Day is coming close and all that can be said for Iran’s workers is that they have been treated abysmally. To add to the dismal statistics is the plight of the 300 unemployed workers of the Iran Zarrin plate factory. They have registered to receive unemployment insurance/benefits. The warehouses are full of the end product, but sales have been on hold for some time. This is the reason why these workers have lost their jobs.

The poor treatment of workers in Iran is a crisis that is not of their making. It is likely to result in unrest as more and more workers are not getting the support they expected when they decided it was safer to stop work.