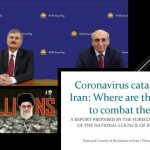 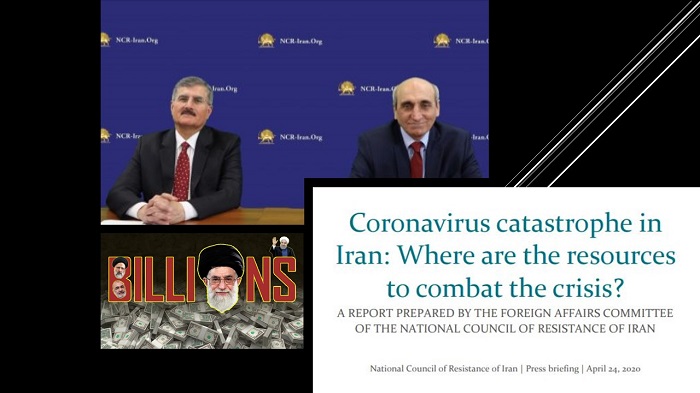 The National Council for the Resistance of Iran (NCRI) has remained on top of the COVID-19 crisis as it has unfolded in Iran over the last few weeks. Meanwhile, the Iranian regime has been slack in the way it has approached this humanitarian disaster as if it doesn’t exist. The NCRI in a recent webinar has denounced this uncaring approach and sees it as pure negligence. It expressed concern that more than 35,300 Iranians lives have been lost in 298 cities. The regime officials have been so callous in the way they have approached this unprecedented crisis that they have blamed it on U.S. sanctions.

The NCRI has been instrumental in rolling out a report titled “Coronavirus catastrophe in Iran: Where are the resources to combat the crisis?” The NCRI Foreign Affairs Committee members Ali Safavi and Shahin Gobadi stated that it is not the scarcity of the resources that are the problem as even the media that is state-controlled agrees highlighted that if Khamenei was to release only 10 percent of the resources he controls that this would be more than enough to meet the needs of the Iranian people in these fragile times. The reason the resources haven’t been released according to the panelists on the NCRI webinar is that it would mean taking resources away from the regime which would ultimately threaten its very existence.

Most countries who have failed their people in the COVID-19 crisis have admitted to this but not the Iranian regime as not only has it covered up the enormity of the problem but it has knowingly failed to allocate sufficient resources to relieve the burden of COVID-19. The wealth that has been created by the people has been hoarded by the mullahs to share amongst themselves.

“SETAD” is the Headquarters for Executing the Order of the Imam which in 2013 had a net worth of more than $95 billion. Its wealth comes from two key sources which are primary investments and properties, real estate, and buildings that have been sequestered from several sources including dissidents, religious minorities, and opponents of the present regime. The 2nd source for SETAD shares worth $43B spread across big companies, which are controlled by Khamenei.

This is one that focuses on financial and commercial enterprises including the drug company Barekat Pharmaceuticals, which has control over 20 subsidiaries. A second is The Etemad Mobin Development company which SETAD has a 38% share and it bought more than 50 percent of Iran’s telecommunications company several years ago for about $8B.

Astan-e Qods Razavi is by far the biggest religious endowment in the Muslim world. It includes the management of religious ceremonies and cash gifts for the shrine of the 8th Shiite Imam (Imam Reza). This financial empire has been under the control of Astan-e Qods, whose head is appointed directly by the Supreme Leader and is controlled by just three people. The whole empire has a workforce of tens of thousands of people who are employed in 50 large companies. It also owns 43 percent of the land of Mashhad which is the 2nd most populated city in Iran. As well as holdings worth $20 B it controls oil fields and rigs as well as being responsible for the exporting of oil. It doesn’t just end there as it has investments in Iran’s railways, key mines, natural resources, and heavy industry. Its whole worth exceeds tens of billions of dollars

With massive investments, this is the key financial and commercial arm of the Islamic Revolutionary Guard Corps (IRGC). Its origin goes back to the Iran-Iraq war of 1989 and today it is the biggest contractor for Iranian government projects with 5,000 subcontractors and around 135,000 employees.

This fund was set up to invest in the regime’s long-term economic projects, but as Khamenei controls the spending, it now has a value of at least 40 Billion. When the chief terrorist and Commander of the extraterritorial Qods Force, Qassem Soleimani was shot Khamenei gave out $200M to the Qods Force. The regime has increasingly been drawing on this money to finance the defense budget

Last year information revealed that just 456 people owned wealth accumulated in 15 banks which reached a whopping $89.6B. This is the value of the 2020 government budget.