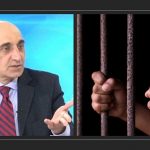 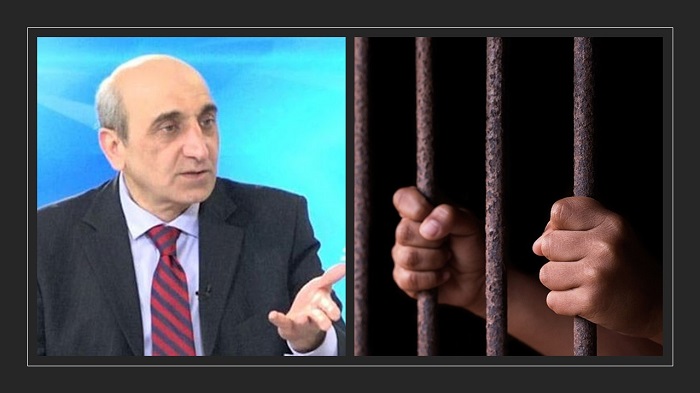 Shahin Ghobadi and a former political prisoner who recently escaped Iran spoke about the plight of inmates inside the Iran regime’s prisons.

The Association of Accredited Correspondents at the United Nations (ACANU) hosted a webinar on April 14 to discuss conditions in Iranian prisons amidst the spread of the coronavirus.

Shahin Gobadi, a member of the Foreign Affairs Committee of the National Council of Resistance of Iran (NCRI), and a former political prisoner who recently escaped Iran spoke about the plight of inmates inside the regime’s prisons and the need for international intervention to prevent a humanitarian disaster. The speakers expressed specific concern for the well-being of political prisoners in Iran, emphasizing that they are being targeted for elimination during the coronavirus pandemic.

“According to reports received from different prisons in Iran through eyewitnesses, prisoners’ relatives, and the regime’s internal reports obtained by the network of the People’s Mojahedin Organization of Iran (MEK Iran), an alarming number of prisoners have contracted the virus in Evin, the Greater Tehran Penitentiary (Fashafuyeh), Ghezel Hasar, Tabriz, Kermanshah and Urmia prisons, among others.

At the same time, hygienic provisions and equipment, such as gloves, masks, and disinfectants are not available to the prisoners and the virus is spreading. None of the infected prisoners have been quarantined or isolated.’

MEK Supporter, Former Political Prisoner, Exposes Poor Conditions at #Iran Regime’s Prisons Amid #Coronavirus Outbreak
On Tuesday, April 14, 2020, a webinar was held by ACANU on the condition of Iran’s prisons and the political prisoners #Covid_19https://t.co/8FDEjqOfLg

“Based on official figures, until a few weeks ago, there were at least 240,000 prisoners in Iran. Experts and lawyers say that the number is seven to eight times the capacity of the prisons in Iran. This shows the density of prisons in Iran, which demonstrates the plight that awaits the prisoners with the spread of the virus to prisons.”

According to reports received from different prisons in Iran through eyewitnesses, prisoners’ relatives, and the regime’s internal reports obtained by the network of the PMOI / MEK Iran, an alarming number of prisoners have contracted the virus in Evin, the Greater Tehran Penitentiary (Fashafuyeh), Ghezel Hasar, Tabriz, Kermanshah and Urmia prisons among others.

At the same time, hygienic provisions and equipment, such as gloves, masks, and disinfectants are not available to the prisoners and the virus is spreading. None of the infected prisoners have been quarantined or isolated.”

The Myth of Temporary Leave

“The regime’s Judiciary has claimed that it intended to give temporary leave to up to 100,000 prisoners. In reality, this is just a public relations stunt and is not true whatsoever.

“To grant temporary leave, the officials are demanding exorbitant bail despite the fact that the overwhelming majority of the prisoners lack the funds. The regime has also stressed that leave will not be granted to those with more than five years’ imprisonment.

“During the November 2019 uprising, more than 12,000 were arrested. At no time has the regime provided any figures on the number of detainees. Their fate is unknown and extremely disconcerting given the current circumstances with the virus spreading in prisons. Several prisoners have told their families that the regime has a plan to liquidate them under the guise that they have died of coronavirus.”

“So critical is the situation in prisons that based on reliable and eyewitness reports, there were rebellions in at least eight prisons in protest against the virus spread and lack of minimum hygienic needs as well as the refusal to release the prisoners. The case of Danial Zeinolabdin is quite illustrative of the crisis. Just 17 years old, when he was arrested, he took part in the riots in Mahabad prison and was transferred to Miandoab, where he was tortured to death.

“Based on similar reports, the guards opened fire on prisoners in at least six prisons, including in Tabriz, Sepidar, Shiban (Ahvaz), Aligoudarz, Adel-Abad (in Shiraz), and in Saqqez. The IRGC and shock troops have attacked and brutalized the prisoners. Dozens of prisoners have been killed, hundreds wounded, and many disappeared.

“Prisoners in Saqqez, in Iranian Kurdistan, staged a rebellion on March 27. The state-run news agency, Fars, reported that around 80 prisoners had escaped. One of them, a Kurdish political prisoner named Mostafa Salimi, had been arrested in 2003 and sentenced to 15 years and execution. He was rearrested several days later and was hanged on April 11, in Saqqez Prison.”

“As Mrs. Maryam Rajavi, the President-elect of the National Council of Resistance of Iran (NCRI), has repeatedly underscored, the dispatch of an International Fact-finding Commission to Iran to visit the regime’s prisons, to investigate the situation of prisoners, especially the missing, the injured, and the sick is imperative.

“To prevent a humanitarian catastrophe in Iranian prisons, we are calling on the UN Security Council, and member states of the European Union to take urgent action to compel the Iranian regime to release the prisoners, particularly political prisoners, who are on the one hand facing the risk of coronavirus infection and being tortured and executed by the regime on the other.”

The 31-year-old former political prisoner explained that he was arrested and imprisoned in 2018 for installing a banner of Mrs. Maryam Rajavi on a bridge in Tehran. He was imprisoned in Iran’s infamous Evin Prison and tortured for months before being transferred into the general population. He described unsanitary conditions where disease spread rampantly among the inmates.

After being released on bail, the speaker managed to escape Iran with the help of the MEK network inside Iran. He was sentenced by an absentee verdict to 20 years in prison and forced exile.

“These days, when I hear about the coronavirus death toll and infection and death of prisoners every day, My only concern is my imprisoned friends, who are now forced to fight both Coronavirus and their torturers to survive in prisons, with minimal health facilities they have to fight for survival. Some of these prisoners are as old as 80 years.”

“I have received many news and reports from Evin Prison, some of which I will mention below:

The former political prisoner also read portions of a statement written by protesters arrested during the November Uprising who is currently incarcerated at Evin Prison, dated March 18.

“In this tragedy, the prisoners are no exception and are in critical condition. Despite the shortage of masks, disinfectants, and drugs in prisons, in recent days, despite the prevalence of seasonal illnesses in prisons and the incidence of many prisoners with coronavirus, we see deliberate refusal by medical doctors to examine prisoners with corona symptoms. Long-term remittances are eventually returned to the ward under various pretexts without examination or prescription. Prison officials are not even allowed to receive medicine through the families of prisoners.”

“We call on the World Health Organization and the International Human Rights Defenders to visit the prisons to take action to save the lives and health of the prisoners to prevent a humanitarian catastrophe.”

“Prisoners are now at high risk of contracting coronavirus and collective death. My request is that the international community, and in particular the United Nations, send international investigative bodies to the regime’s prisons as soon as possible to prevent a humanitarian catastrophe in Iran and a silent massacre and to inform about the situation of prisoners, the missing and the sick. Put pressure on the religious fascism to free all protesters, especially political prisoners.”