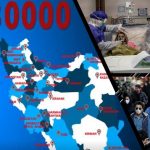 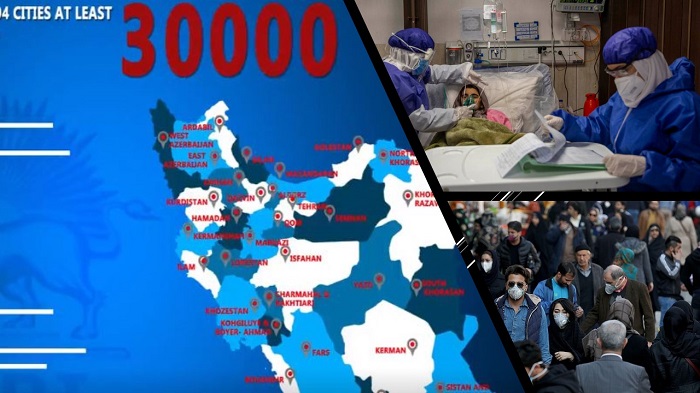 The COVID-19 infection has spread the whole way across Iran, affecting every province. It has been detected in 294 cities and reports by the People’s Mojahedin Organization of Iran (PMOI / MEK Iran) indicate that more than 30,000 people have died.

The Iranian regime, on the other hand, is claiming that only 4,777 people have died after contracting COVID-19 (as of Wednesday 15th April). This is just a fraction of the death toll announced by the main opposition to the Iranian regime, the PMOI / MEK Iran which has been in contact with health professionals across the country to establish the reality of the situation.

More than 30,000 people have died of the novel coronavirus in 294 cities checkered across all of Iran's 31 provinces, according to the Iranian opposition PMOI/MEK.#Iran#COVID19 pic.twitter.com/qSrl7R8Bmg

The number of new deaths every day continues to rise dramatically, yet the Iranian President is trying to convince the people, and the international community, that Iran has the crisis under control. President Hassan Rouhani said on Wednesday that no Iranian has been turned away from a hospital because of a lack of beds and he even claimed that intensive care units have not been overloaded with patients.

During his speech, President Rouhani also said that the “enemy” is spreading propaganda about the government’s response to the outbreak, but said that it is all false and simply an attempt to “terrify the people”.

Hassan Rouhani continues to lie about the virus outbreak so he can better keep a hold on the powder keg that is developing within #Iran.https://t.co/rhQEzuGirJ#COVID19 #coronavirus #MEK @USAdarFarsi pic.twitter.com/31zp97fQ6u

Even officials across the country are questioning Rouhani’s optimistic outlook on the health crisis with many saying that the situation remains critical. Alireza Raisi – the country’s deputy health minister – said that the number of deaths is certainly much higher than the number projected by the government, saying that it is accurate that around 800,000 people have contracted COVID-19. He said:

In Tehran, the head of the Coronavirus Task Force Alireza Zali said that the peak has not yet been reached in the city. He said that because of the high population in the city, Tehran is now considered the epicenter of the virus.

Furthermore, experts are warning that there will probably be a second wave of the virus, however, it has been agreed by scientists all over the world that this is not certain because of the uncertainty regarding the progress of the virus.

The Center for Parliamentary Research in Iran has compiled a report about the outbreak, saying that they expect the virus to return in full force later in the year. It also states that the number of deaths is around 8 to 10 times higher than the regime’s official figures.