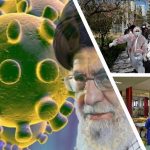 Written by Jennifer Jones-Kelley on April 9, 2020. Posted in NEWS 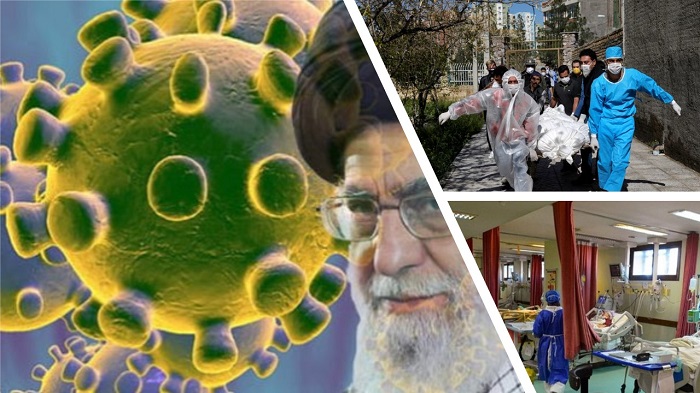 On Wednesday, April 8, the MEK Iran announced that more than 22,000 people in 246 cities in Iran have died from COVID-19. The regime has officially reported only 3,993 of these deaths, which has raised eyebrows among international public health officials, who say that Iran should be reporting a death toll roughly six times as high as its official count.

The Iranian regime concealed the coronavirus outbreak in Iran for more than three weeks before reporting its first cases to the World Health Organization (WHO) and has consistently undercounted coronavirus infections and deaths since then. Doctors and nurses who warned the public about the extent of the crisis or shared stories of the daily death tolls at hospitals have been arrested for contradicting official reports. Meanwhile, the regime’s experts have acknowledged that their official numbers are not accurate.

More than 22,000 people have died of coronavirus in 245 cities checkered across all of Iran's 31 provinces, according to the Iranian opposition PMOI/MEK.#Iran#COVID19 pic.twitter.com/MOtwclyHjX

The Threat of Credible Information

In the absence of credible information from regime sources, people seeking information about the coronavirus epidemic in Iran have turned to MEK Iran. The opposition group has used its vast network on the ground in Iran to compile a daily list of victims broken down by province.

The regime perceives the dissemination of accurate information by the opposition as a threat. In an April 6 interview with the Khabar Fori website, former regime Minister of Defense and Transportation and former Rouhani advisor Akbar Torkan worried that the fallout from the MEK’s reporting about the coronavirus could prove as dangerous to the regime as the virus itself. “The new Iranian calendar year is going to be a tough one,’ he said. “In addition to Coronavirus, we have to watch out for the Tirana virus. We are now facing two viruses, one is Coronavirus, and the other is the Tirana virus, which is the capital of Albania. Some 1,500 members of the MEK Iran are based in camps there, where they sit behind computers in the state-of-the-art halls waging psychological and internet warfare against the Islamic Republic every day. All members of the Monafeghin [derogatory term for the MEK Iran] have been organized to wage psychological warfare against the Islamic Republic from there… They spread rumors and lies as much as they can,’ he added.

#Iranian #people are angry about the mismanagement of the coronavirus #Crisis by mullahs.https://t.co/c94jFKqLwP #MEK #Iran #COVID19 #coronavirus @USAdarFarsi pic.twitter.com/4MOYNtJ3jh

Some regime officials are already looking at the post-coronavirus political landscape with a great deal of concern. On Tuesday, the Majlis (regime parliament) website posted a statement from deputy Mohammad Mehdi Zahedi, which read:

State-run media outlets were quick to jump in with their questions about possible uprisings. On Tuesday, the state-run Iran-Emrooz daily wrote:

“We are going to have a major social upheaval after Coronavirus is over. The situation is not going to be calm. It is going to be exactly like the period after the 2017 elections (uprisings), and we are going to see repeated and powerful incidents.”

“The official’s desperation and hysteria vis-à-vis the MEK and the Iranian Resistance, as they near the end of their regime, is quite evident and understandable.”