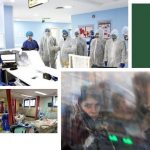 Written by Mohsen Aboutalebi on April 8, 2020. Posted in NEWS

Iranian people are angry about the mismanagement of the coronavirus crisis by mullahs.

As the National Council of Resistance of Iran (NCRI) has stated the Coronavirus outbreak continues to take its toll on the people of Iran. The extent of the outbreak is down to the negligent and corrupt regime that has failed to take the appropriate steps from the very beginning.

The regime did not admit to cases of COVID-19 being detected in the country until weeks after the fact. This has led to the outbreak spreading the whole way across the country. Every single province has been affected.

The Iranian regime has been warned by experts that there is a high chance of major riots and anti-government demonstrations. This is sure to be the case given the years of unrest that the regime has already experienced.

The #Coronavirus outbreak in #Iran continues to kill hundreds of #Iranians every day and #Iranian President Hassan Rouhani still refuses to take matters as seriously as he should. https://t.co/UUeIIRrkYR#MEK #COVID19 @USAdarFarsi pic.twitter.com/F7nyXNoRcK

As it has done in the past, we are seeing the regime tactics of blaming others resurfacing. The regime is attempting to convince the people of Iran, and the wider international community, that the Coronavirus crisis is the fault of the United States and the crippling sanctions that it has imposed.

But the people know that the finger can only be pointed at the Iranian regime. The United States is also emphasizing this point, highlighting that the Iranian regime is being sanctioned because of the massive financial resources it plunders on terrorism and belligerent activities such as its nuclear and ballistic programs.

Supreme Leader Ali Khamenei, if he wanted to ease the burden that the Coronavirus outbreak has provoked, could use at least some of his wealth (approximately $200 billion).

President Hassan Rouhani is taking advantage of the Coronavirus situation to make a bid for sanctions relief. He, and many Iran lobbies and apologists around the world, have said that US sanctions are making it more difficult for the regime to fight the Coronavirus outbreak. However, this is not the case at all. The Trump administration has reiterated, time and time again, that medication and medical supplies are exempt from sanctions. And this does not answer the question as to why the Iranian regime is stocking medical supplies and protective equipment.

The state-run Jahane Sanat daily in Iran published a piece on April 7 acknowledging the criminal nature of the regime’s plan to send people back to work and literally expose them to the novel coronavirus.#Iran#COVIDー19 https://t.co/WbQ9jeRwFr

The people of Iran are angrier than ever. They have watched the Iranian regime mismanage the health crisis from the outset and they are disgusted. Instead of hearing about the reality of the situation from their government, they are having to rely on the regime’s opposition – the People’s Mojahedin Organization of Iran (PMOI / MEK Iran).

As always, the PMOI / MEK is working its hardest to properly inform the people of Iran and the international community about what is happening in Iran. They are there to support the people and guide them through these difficult times. The PMOI / MEK Iran has Resistance Units across the country, leading and joining the people in their fight for freedom, democracy, and human rights.

Riots in prisons have broken out over the past few weeks. Prisoners are appalled at the vulnerable position they are being put in and their concerns have been dismissed and ignored.

The Iranian regime has some very difficult days ahead.