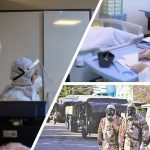 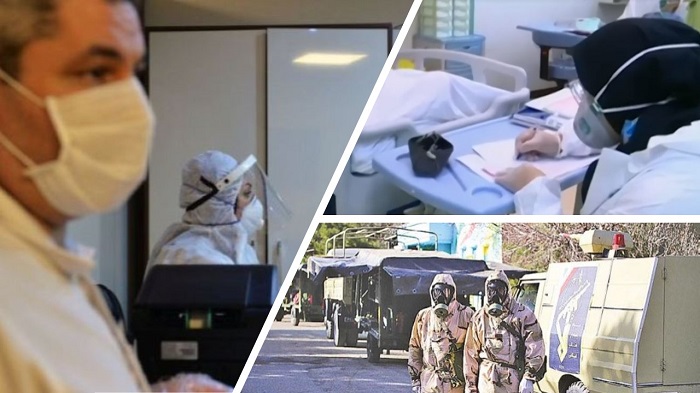 Iranian regime covers up the real figures of victims on coronavirus

On Thursday, March 20, Kianush Jahanpur, spokesperson for the regime’s Health Ministry, warned Iranians of the risks of visiting friends and family during Nowruz, the Persian New Year. “A person dies of the consequences of being infected with coronavirus every ten minutes in Iran. Around 50 people in Iran are infected with COVID-19 each hour,” he said.

Nowruz is March 20 and is celebrated with food, new clothing, and visits to family and friends. The holiday is an important part of Persian culture but the close contact that is its hallmark could prove disastrous in a country that has already suffered more than 7,000 deaths due to COVID-19.

This has left regime officials in a difficult position. The mullahs have long discouraged Nowruz celebrations because of its pre-Islamic roots, but their efforts to end recognition of the holiday have been ignored. As a result, regime officials lack credibility when warning against traveling for the holiday. What’s more, the regime has undercounted the number of COVID-19 cases and deaths in Iran and repeatedly claimed that the epidemic is under control. Any attempt to change a tradition that goes back for millennia requires a degree of honesty that government officials have not yet been willing to give.

Ali Rabiei, the spokesperson for the Iranian regime, attempted to bridge this gap while justifying previous false statements made by officials.

“There may be some failures in providing COVID-19 numbers. However, the people should allow us to make announcements when we are completely certain,” he said. “We had no information about the coronavirus spread in Iran. However, we issued a letter on January 24 to the President regarding a possible COVID-19 spread in Iran and he issued orders in this regard on January 26… Mahan Air flights transferring cargo from China continued after we realized coronavirus had entered Iran.”

Despite these concerns and warnings to regime President Rouhani in January, the first cases of COVID-19 were not reported to the WHO until February 19. The regime has claimed until now that they were not aware of the outbreak before then.

The official numbers reported by Iran continue to raise eyebrows among public health experts in the international community. As of March 20, the regime has reported 1,284 deaths due to COVID-19. The MEK Iran, in contrast, has confirmed more than 7,000 deaths from the deadly virus, which is more in line with what experts have been able to predict based on disease models and the spread of the virus in other countries.

Many sick people are either being turned away from hospitals or sent home while they are still ill. Those who are sent home are reported as recovered. Iran is the only country to report a high percentage of recoveries within the first weeks of the outbreak. Its reported recoveries tend to spike at the same time as the number of new cases, creating the impression that sick patients are reported as recovered and ejected from hospitals in order to make room for newly sick patients.

The regime is not being honest, and this lack of transparency makes it impossible to convince the Iranian people to heed public health warnings that are too little too late