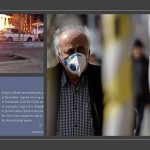 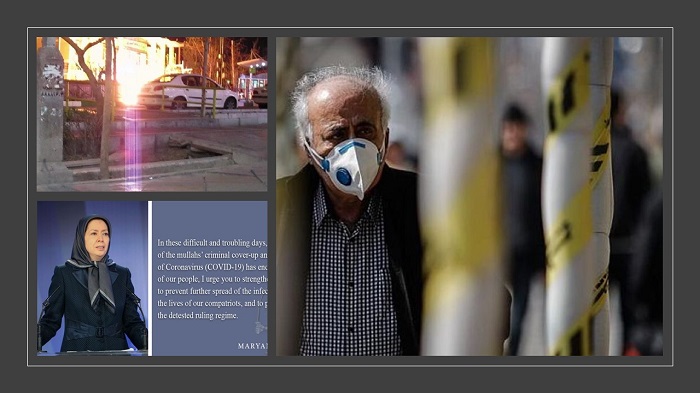 According to the Mujahedin-e Khalq (PMOI/MEK Iran) sources, more than 4900 people across 182 cities died due to coronavirus in Iran. MEK Iran has also announced that hundreds died in the city of Babol alone.

After weeks of denial and secrecy, Iranian officials acknowledge that the situation has spun out of control; they are making troubling remarks about the coronavirus spread across Iran.

” We are facing a strange and difficult coronavirus crisis. We should put aside our political difference. On the other hand, we are facing sanctions and low oil prices,”

Maryam Rajavi, the President-elect of the National Council of Resistance of Iran (NCRI) said:

” I urge the World Health Organization to directly oversee the dire conditions of the medical staff in Iran, and submit a report on that to the UN Secretary-General and the UN Security Council.”

“The clerical regime’s failure to release prisoners, especially political prisoners, in the present conditions in Iran is tantamount to a major crime against humanity, and Khamenei and other regime leaders must be held accountable for it.”

In a message to the Iranian people regarding the ongoing coronavirus pandemic, Mrs. Rajavi said:

” In these difficult and troubling days, when because of the mullahs’ criminal cover-up and inaction, the outbreak of coronavirus (COVID-19) has endangered the lives of our people, I urge you to strengthen our national solidarity to prevent further spread of the infection, to protect the lives of our compatriots, and to protest and confront the detested ruling regime.”

As the coronavirus continues to claim more lives in Iran, reports indicate that instead of taking necessary measures, the Iran regime, in line with its criminal cover-up and downplaying of this crisis, has declared an unofficial martial law across Iran.

Reports and footages from Iran, revealed by the MEK Iran, show the Iranian regime dispatching military troops to different parts of Iran to counter possible public outrage over the regime’s inaction in the face of the coronavirus outbreak.

In another event, the MEK Iran sources in Iran reported that, on Friday, March 13, 2020, the defiant youth, targeted the mullahs’ Ministry of Justice in Vali-e Asr street in Tehran, where the office of Alireza Avaei, the criminal Justice Minister, is located.

Targeting the Mullahs’ Ministry of Justice in Tehran, Office of the Alireza Avaei, Member of the Death Commission During the 1988 Massacre of Political Prisoners
#IranProtests #FreeIran2020https://t.co/16yNwKzFwy

It is worth mentioning that Avaei was a member of the “Death Commission” in Khuzestan province, during the 1988 massacre of 30,000 political prisoners mainly members and supporters of the MEK. Avaei was directly involved in the execution of hundreds of political prisoners.