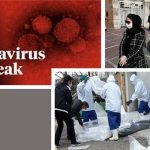 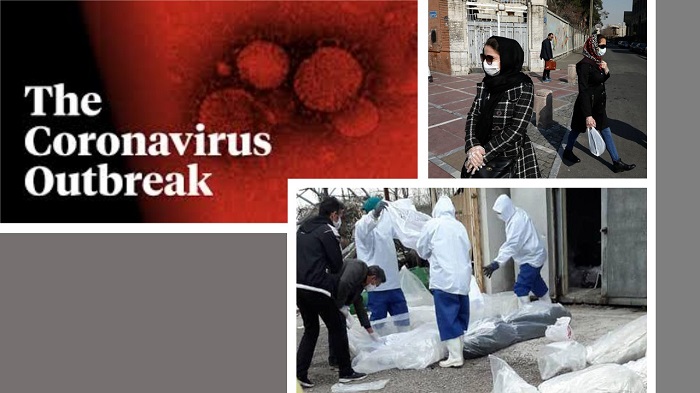 The coronavirus outbreak in Iran

The Iranian regime has shown itself to be utterly incompetent repeatedly over the past few years. It cannot run the country efficiently because of its destructive policies, widespread corruption, and greed. The coronavirus outbreak in Iran is another area in which the regime is proving its incompetence.

More than 4,000 people have died in Iran and the number is still rising. The Iranian regime is refusing to report accurate statistics on the crisis and officials are constantly contradicting each other.

In the latest reports from Iran, the regime is now trying to blame other countries for the health crisis. This is an old trick that the regime has used time and time again in the past, looking utterly ridiculous every time.

Once again, the United States is getting the blame. Iranian officials are saying that the United States has launched a biochemist and bioterrorist attack on Iran. Many officials have said this and it is a claim that keeps being reported in state-run media across the country.

A speaker in Parliament, Heshmatollah Falahatpisheh, said that COVID-19 is “not a normal disease”, saying it is rather “bioterrorism” that has been brought into Iran.

According to Didar news agency, Mahmoud Ahmadinejad, a former president of Iran, wrote to the Secretary-General of the United Nations. He wrote that Coronavirus is a “new weapon” and said that the “biological instrument” is being used by “dominating powers” to threaten world security and cause concern for certain nations.

Commander of the Islamic Revolutionary Guard Corps (IRGC) Hossein Salami said that the country is under a biological attack and that it is probably a result of work carried out by the United States.

The people of Iran are sick of these accusations and they know full well, despite the regime’s attempts to persuade them otherwise, that the regime is directly responsible for the spread of the virus. They know that the regime lies and deceives the people at every opportunity.

And the people have made it very clear that they consider their enemy to be the Iranian regime – not the United States or any other foreign country as the regime likes to repeat.

Iran coronavirus outbreak: How the regime went from secrecy to red alert#Iran#coronavirus https://t.co/KqKbRSCZ49

Mujahedin-e Khalq (PMOI/MEK Iran) has repeatedly said that the regime is underreporting the death toll. Iranian people can see the situation around them and they have access to social media where the reality is not hidden. They have had enough of the regime’s lies and the handling of the Coronavirus outbreak is certainly just one more reason for the people to push for regime change.

Battling to get hold of the situation, the regime has been disseminating news that it thinks will reassure the people of Iran. State-run media has been reporting the words of the Mayor of Tehran Pirouz Hanachi who said that many other countries are not reporting on statistics or publishing false ones.

One major difference between the Iranian regime and other leaders is that the regime is doing the bare minimum to help the people.