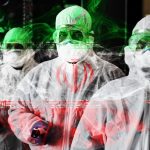 Written by Jennifer Jones-Kelley on February 25, 2020. Posted in NEWS

Due to the incompetence of the Iranian regime, Coronavirus spreads across Iran

Weeks after concerns spread that a possible outbreak of novel Coronavirus was being disregarded by regime health officials, Iran has finally acknowledged the spread of the highly contagious virus into the country. The decision to delay the announcement was a short-term strategy made for political gain and will undoubtedly cost many lives. It is also a clear example of how the Iranian regime treats its people and another reason why the MEK and the Iranian Resistance are fighting for a free Iran.

Iranian regime tries to hide the reality of expansion of coronavirus in #Iranhttps://t.co/ptrfO2gEFC#Coronavirius #WHO #MEK @USAdarFarsi pic.twitter.com/VHQsroEvqR

A Crucial Time for the Regime

This month marked a pivotal period in the regime’s history and the last chance for it to salvage any remaining claims of credibility. The regime celebrated the anniversary of the 1979 anti-monarchic revolution and subsequent rise to power of the mullahs, and on Friday, February 21st, the regime-held their Majlis (parliamentary) elections. The Majlis elections were crucial in establishing legitimacy after the uprisings in November and January exposed widespread unrest throughout the country. 1,500 protesters were killed by Revolutionary Guards (IRGC) and other security forces during the November Uprisings and more than 12,000 were arrested. Protesters called for the overthrow of the regime in its entirety.

Maryam Rajavi, President-elect of the National Council of Resistance of Iran (NCRI) called for a nationwide boycott of the Majlis elections, saying that the people of Iran cast their vote in November when they rose up against the regime. The regime spent weeks begging the Iranian people to vote, calling it an “edict,” and a “religious duty.”

Meanwhile, Coronavirus had been detected in Iran, but officials covered it up. Ahmad Amirabadi Farahani, a member of Majlis (Parliament), told the state-run ILNA daily that there had been an outbreak of Coronavirus in Qoms for three weeks before the deaths, but the government concealed it. On Monday he said that 50 people have died in Qoms already and that approximately ten people die every day from Coronavirus.

The regime, of course, disputes these numbers. As of Tuesday, Iran has only officially confirmed 61 cases and 12 deaths, all since last Wednesday. Even this number places Iran as the country with the seventh-highest number of reported infections. The true number is actually much higher and will continue to multiply.

Official reports in #Iran confirm the spread of the deadly #coronavirus has so far taken the lives of five people and infected over 200#FreeIran2020 @USAdarFarsi pic.twitter.com/1C9Rfr4bam

According to Farahani, the nurses in Qom lack adequate quarantine facilities and do not have clothing to protect them from contamination. The Iranian regime has still not restricted flights to and from China or taken appropriate precautions to contain the spread of the disease. Because the regime waited until the outbreak was so severe to report its existence, there is no clear way to prevent the virus from spreading further.

Timing of the Announcement

According to the reference website Worldometers.info, the first cases were reported in Iran on February 19th, two days before the Majlis elections, possibly because the death toll was mounting and the regime could no longer cover up the outbreak, or perhaps because it was becoming clear that Iranians were serious about their plans to boycott the elections. The two cases were confirmed as deaths later that night. On Thursday three new cases were reported. On Election Day, two deaths and thirteen new cases were reported as polling stations stood vacant due to the boycott.

Regime Supreme Leader Ali Khamenei tried to simultaneously deflect blame for his coverup of the Coronavirus outbreak while blaming the virus for low voter turnout in recent remarks, saying: “A collective campaign was undertaken against people’s participation in the election. On social media, a variety of entities used every factor possible… Since a month, two months ago, they said this was not an election, not a real election, the Guardian Council has done this or that… And this latest illness (Coronavirus) became an excuse. In other words, they did not miss the slightest opportunity and did not even waste a few hours.”

Khamenei has no shame. His only regret is that his plan to conceal a deadly outbreak of Coronavirus did not result in higher voter participation. Somehow he has managed to find time to complain about the MEK Iran while people in Iran are dying from a disease that he allowed spreading.

How regime officials caused the spread of #coronavirus in #Iranhttps://t.co/UHbXrJzf84

Once again, the Iranian regime’s crimes do not stop at its borders. Kuwait, Bahrain, Iraq, Oman, and Afghanistan all reported their first cases of Coronavirus on Monday after contact with Iranian travelers.