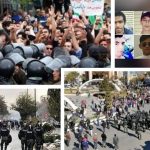 Written by Mohsen Aboutalebi on February 12, 2020. Posted in NEWS 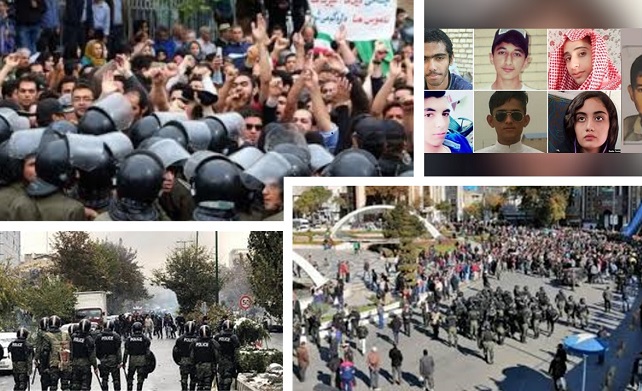 The people of Iran have been holding protests, strikes and anti-government demonstrations with greater frequency over the past few years. There have been two significant uprisings in the past few months and the people are showing their determination in their quest for regime change.

The regime has responded very violently to the protesters and many people have been killed because of the violence by state security forces. On top of this, thousands have been injured and thousands more thrown in jail – just for exercising their right to peacefully protest.

Because of the people’s explicit calls for regime change, the regime has decided that mass arrests and the use of force would be the only way to take the people away from the streets and to intimidate them into staying at home.

Threats by the regime were explicit. Supreme Leader Ayatollah Ali Khamenei said last November that those “wise” people who enjoy their comfortable lives “should not support” those protesting. This was essentially a death threat.

And it was one that he followed through with because many people were killed – at least 1,500 protesters, but undoubtedly many many more. The National Council of Resistance of Iran (NCRI) has highlighted that the whereabouts of thousands of people are unknown and that the dead bodies of many people have been found in lakes, canals and even in the streets.

Mehran Alipour, a young protester detained during Nov. 2019 #IranProtests, died after two months of torture on Feb. 9 in Isfahan, central #Iran. He died as a result of severe blows to his head and other body parts. #Iranians will neither forget nor forgive. pic.twitter.com/J41ccrhaSp

Many of the protesters that were arrested during the recent protests have been handed excessive sentences. The judiciary has convicted many protesters on the charge of “collusion and association against national security and propaganda against the state”. Prisoners have been given five-year sentences for this trumped-up charge. Some protesters have been handed even lengthier sentences, such as Kianoush Jamali who was sentenced to seven and a half years for “collusion” and “propaganda”. The 27-year-old had spent almost a month in solitary confinement after being arrested.

Mrs. Maryam Rajavi, President-elect of the NCRI, the main opposition to the Iranian regime, as well as the Mujahedin-e Khalq (PMOI/MEK Iran) have urged the Secretary-General of the United Nations to send a fact-finding mission to Iran to lead an investigation into the treatment of protesters. She said that the events surrounding the treatment of protesters including the numerous arrests and deaths must be looked into thoroughly.

I urge the UN Secretary General to dispatch an international fact-finding mission to investigate those killed and injured, and visit Iranian prisons and prisoners #Iranhttps://t.co/js5SQPFwki pic.twitter.com/yktCLUIZEZ

Shocking reports are still coming from Iran. For example, many of the protesters that are currently being detained have sustained significant injuries that require urgent medical attention. It is known that there are many protesters suffering from serious and crippling injuries in Fashafuyeh Prison.

The people of Iran are being denied the most basic of rights and it is up to the international community and the United Nations to hold the Iranian regime accountable for its actions. It has spent decades basking in impunity and not having anyone to answer to. This has done nothing but emboldens it.

For four decades the people have been denied freedom, human rights, and democracy and they are determined to change this. This is why they are risking arrest, imprisonment and their lives.