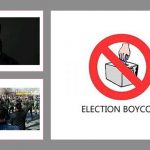 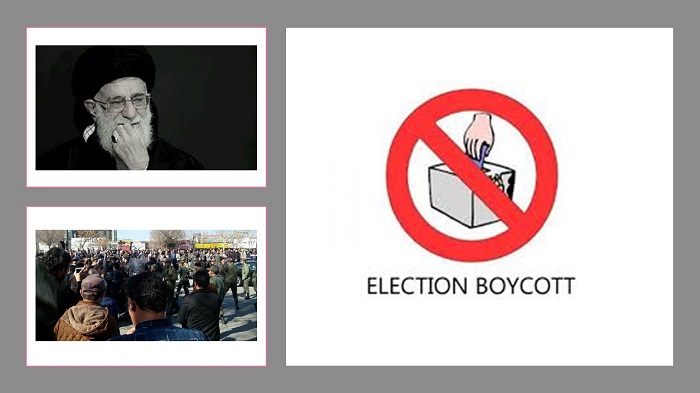 while Iranian people boycott the coming election, Khamenei begs for the vote

Iranian Supreme Leader Ali Khamenei gave a speech on Wednesday in support of the Guardian Council and all-but begged the Iranian people to vote in the upcoming parliamentary elections after it came out that the February 21 elections were going to be more rigged than ever before.

The Guardian Council, which is itself chosen by Khamenei, disqualified the majority of candidates from the opposition faction, including 90 sitting MPs, and essentially rigged the election so that Khamenei’s faction would win the overwhelming majority of seats because they were the only ones running.

Obviously, this attracted the ire of President Hassan Rouhani, who was angry about his party’s nominees being disqualified and described the “elections” as nothing more than a selection.

In his speech, which was a direct warning to Rouhani and his party, Khamenei said:

“Those individuals in certain posts who can deliver speeches from their positions in the media and social media platforms, they should not make such remarks that the enemy can use to exaggerate and spread disappointment among the population.”

He called the regime’s elections “the most honest elections in the world”, which we know to be a lie, and then said that those who questioned it were “disappointing the people” of Iran. But is this really true?

After all, the Iranian people have already proved during their protests that they know there is no difference between the two Iranian factions. That’s why they chanted slogans like “hardliner, reformist, your time is up”. In fact, many Iranians play to stay home on election day and show the whole process up for the farce it is.

Khamenei, who was horrified by the idea of a low turnout, encouraged people to get out and vote, in order to prove to the world that the regime is legitimate. (Although, the regime has never had problems fabricating votes in past elections, with some polling stations getting a turnout of over 100%, so we know they’ll just do the same thing this time.)

“The Iranian regime’s supreme leader Ali Khamenei, grappling with the nightmare of his overthrow subsequent to the recent November and January uprisings, and reeling from an irreparable blow he suffered from the elimination of Qassem Soleimani, is poised to institute a unipolar regime. Khamenei wants to consolidate his authority with the formation of a one-faction Parliament to forestall his regime’s inevitable overthrow.”

A new revolution is coming, and the brave #MEK #Iran resistance units who planned and abetted the recent uprising are preparing the ground for the theocratic regime’s overthrowhttps://t.co/a5E9Od7tkG#IranProtests #FreeIran2020 @USAdarFarsi pic.twitter.com/wg74OZysak

She stressed that the Iranian people have cast their true vote in the November 2019 and January 2020 uprisings with chants of “death to the principle of the velayat-e faqih, and death to Khamenei”, so they will no doubt boycott this election. She said this is their patriotic duty.