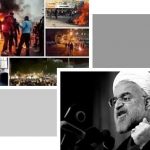 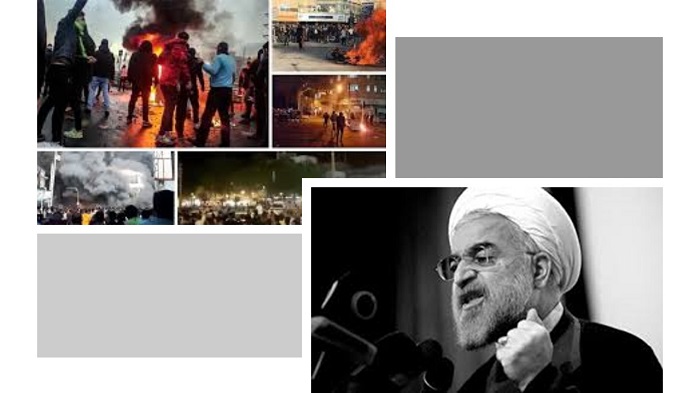 The mullahs’ regime president Hassan Rouhani seemed too much fond of democracy and national sovereignty a few days ago.

“Some people are afraid of the term “referendum” as if it were Corono virus”, Rouhani said in his speech to a forum of the country’s governors. He continued: “Consensus is, however, a pillar of our electoral system, and everything in our regime should be based on referring to the people’s vote.”

Whenever in trouble in the regime’s infighting, Rouhani brandishes the people’s votes to frighten his rivals. The scheme has worked for him, at least once when during the 2017 presidential elections he addressed his arch-rival Ebrahim Raissi as one who would rule the country through sheer repression, saying that “during 38 years you have ruled by imprisoning people and silencing their voice by force.”

Raissi is one of the main perpetrators of the 1988 prison massacre that saw 30000 political prisoners serving time executed in a matter of a few months on charges of staying faithful to the opposition Mojahedin-e-Khalq (PMOI/MEK Iran).

Those prisoners were executed after brief questioning, where the most important question was whether or not they still supported MEK Iran. A “yes” answer would cost the prisoner his life, and that is how thousands of MEK Iran members and sympathizers were sent to their death.

But Rouhani also regretted the 2017 events, at the end of the year, when more than a hundred cities nationwide flared up against the regime. At that time, he blamed the MEK Iran for the uprising, and even in a telephone call to the French president Emmanuel Macron, he asked the MEK Iran to be curbed in France.

“Those were our bitter days, I would never forget that those events emboldened (US president Donald) Trump to stand in the face of our regime.” Rouhani had even said in the past that the 2017 uprising made the US change mind on the JCPOA and withdraw from the deal.

But again, he refused to go all the way against the powerful supreme leader Ali Khamenei, with whom Rouhani is in disagreement overcoming legislative elections on February 21.

“We should not boycott the voting stations, even if there would be 20 or 15 candidates in Tehran instead of 30,” he said, in reference to the massive disapproval of his preferred candidates by the powerful control organ called the Guardian Council. Appointed directly or indirectly by the supreme leader, members of the Guardian Council have studied every single candidacy out of more than 16000 registered cases and disregarded no less than half of them, on charges of not being enough devoted to the leader.

But once again Rouhani showed that his first priority is the safeguard of the regime in its totality and that the infighting among different factions inside the regime has no effect on its behavior inside, and outside Iran.

“We should be careful not to let the US win. February 21 is a historical day and one of God the Almighty’s. We should not abandon the voting stations,” he said.

He thus showed how hollow his reference to the political overture and a more acceptable approach to democratic principles are, and that when it comes to safeguarding the religious system he is no less than the supreme leader himself.

#MEK reports clearly showed that this time, the leaders of the protests, first in Tehran and then in the rest of cities, were the students. They targeted the supreme leader from the very beginning of the demonstrations.https://t.co/NqeFXbezjl#IranProtests #Iran @USAdarFarsi pic.twitter.com/hKL2dEDSkJ

National Council of Resistance of Iran (NCRI) and the MEK Iran have always said that a true reference to the public vote in the country would be welcome, provided it is made in a free and fair manner under international supervision. There is no doubt however that the mullahs would never accept such an event, as they are sure to be swept away in any popular referendum. So as long as the religious dictatorship stays in power in the country, no hopes should be pinned on any sort of free public election to be held.

Rouhani does not talk about the true referendum in Iran, which would be on the religious dictatorship ruling Iran in its entirety. Although, the Iranian people expressed their determination, REGIME CHANGE, in recent uprising chanting: “ death to the dictator”.