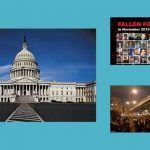 Written by Esmail Mohades on January 30, 2020. Posted in NEWS

The US House of Representatives passes a resolution, condemning the Iranian regime and drawing attention to the regime’s terrorist activities across the Middle East and beyond

House Resolution 752 has been passed by the US House of Representatives. The vote was unanimous.

The decision was made earlier this week. The Resolution entitled “Supporting the rights of the people of Iran to free expression, condemning the Iranian regime for its crackdown on legitimate protests, and for other purposes” was sponsored by Congressman Ted Deutch (D- Florida).

The Resolution comes just weeks after the nationwide protests that spread across Iran at the end of last year. The people of Iran were heavily suppressed, with more than a thousand people killed by security agents and thousands more injured.

The thousands of arrests that took place are also an indicator of the regime’s brutal suppression.

The bipartisan support of the Resolution is great news for the people of Iran who have been struggling under the brutal rule of the mullahs for years. When US President Donald Trump took office, he immediately adopted a tougher stance than his predecessor, former President Barack Obama, who initiated appeasement policies toward Iran with the hope that it would become more moderate.

President Trump has often been accused of warmongering with regards to the policy towards Iran, however, he has always maintained that policies of appeasement have resulted in the regime becoming more and more belligerent.

The Resolution condemns the regime’s brutal suppression of the people’s right to peacefully protest. It highlights that the regime has arrested more than seven thousand Iranians during the protests that started mid-November last year, and it pointed out that the regime’s use of lethal force killed many people.

The Resolution also drew attention to the regime’s terrorist activities across the Middle East and beyond, including its plans to bomb the annual gathering held by the Iranian opposition just outside Paris.

The actions to be taken include condemning the regime for its disregard of human rights, its destabilizing activities and the widespread corruption it is responsible for.

It calls on the Administration to summon emergency sessions of the United Nations Human Rights Council and the United Nations Security Council to deal with the regime’s human rights abuses and to set up a procedure so that violations can be monitored.

The National Council of Resistance of Iran (NCRI), the main opposition to the Iranian regime, has welcomed the adoption of this Resolution. The NCRI has called for the international community to take such action, faced with such grave violations that are happening with increasing frequency in Iran.

The US Representative office of the NCRI has said that this “timely bipartisan resolution” is a very positive step, showing the Iranian regime and the people of Iran that US Congress stands behind the Iranians that are campaigning for freedom, peace, democracy, equality, and human rights.

This is an uprising to end 40 years of dictatorship and terrorism in #Iran. Regime Leaders must face justice for crime against humanity #IranProtestshttps://t.co/i2TCyZsivl pic.twitter.com/GLdVnf7JBI

This will also be a boost to the people of Iran who have felt isolated on the international front, with many world leaders ignoring their legitimate calls for regime change. The regime is close to collapse and it is not just the people of Iran that will benefit, but the entire world.