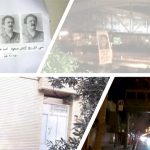 Written by Amineh Qaraee on January 22, 2020. Posted in NEWS 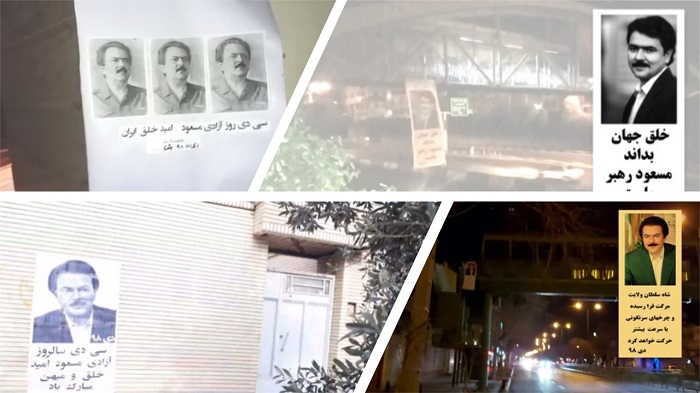 Members and supporters of the People’s Mojahedin Organization of Iran (PMOI/MEK) in Iran have been marking the anniversary of MEK Iran leader Massoud Rajavi’s release from prison with a whole host of anti-regime acts.

Rajavi was one of the last political prisoners to be released from the Shah’s prisons in 1979; being set free on January 20, just four days after the Shah fled and three weeks before the mullahs stole power from the people.

Despite the very real risk of arrest, torture, and execution if caught, the MEK Iran supporters installed large posters of Rajavi, bearing his most poignant quotes, in several cities across Iran, including Ahvaz, Gorgan, Karaj, Isfahan, Rasht, Sabzevar, Shiraz, Tehran, and Qaemshahr. These MEK Iran posters had slogans like “The world should know that Massoud Rajavi is our leader” and “The end of the mullahs’ tyranny is near”.

As support for the MEK Iran is banned in Iran, many are imprisoned, and the mullahs’ regime has killed 120,000 MEK Iran supporters in the past 40 years. This includes the 30,000 killed during the 1988 massacre, which targeted children and the elderly for crimes like holding a MEK leaflet. However, this will not stop MEK supporters because they are on the brink of a new Iran; one that champions democracy, not a dictatorship.

The MEK wrote: “We can now be certain in saying the People’s Mojahedin Organization of Iran (PMOI/MEK Iran) and the organized Iranian Resistance movement are realizing the overthrow of this regime. While many now claim to oppose this regime, the PMOI/MEK Iran understands the importance of the status more than any other party, planning and directing today’s circumstances towards a true revolution.”

As the crises facing the regime escalate and the façade crumbles more each day, the MEK Iran is helping coordinate the resistance and are, as a result, the target of a brutal demonization campaign by the regime. This shows that the MEK Iran has the Iranian regime running scared or why would they invest so much effort into demonizing the MEK Iran?

Resistance Units of the #MEK marked Jan 20th, the anniversary of the Iranian resistance leader’s release from the Shah’s prison in 1979https://t.co/NPtXbH6z6a#Iran #IranProtests #FreeIran @USAdarFarsi pic.twitter.com/PL5W1r47nH

That’s why the MEK Iran must continue helping with the protests.

The MEK Iran wrote: “With conditions inside Iran and abroad changing dramatically, the PMOI/MEK Iran implemented its new strategy of launching resistance units. Numerous teams, forming a huge network, are now in direct contact with Iranian society. By organizing and leading the Iranian uprising in an effective manner, resistance units are injecting new life in the society and protesters on the streets.”