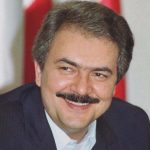 Written by Mohsen Aboutalebi on January 20, 2020. Posted in NEWS

Massoud-Rajavi, the leader of the Iranian Opposition, was released from the Shah’s notorious SAVAK prison on January 20, 1979, leading MEK’s movement that is now the main opposition to the ruling religious fascism.

Resistance Units of the Mujahedin-e Khalq (PMOI/MEK) marked Jan 20th, the anniversary of the Iranian resistance leader’s release from the Shah’s prison in 1979.

In another event, MEK Iran reported that homeowners from the town of Zaytun protested the orders issued by authorities to destroy their homes, which they have owned for 34 years.

January 19 – Tehran, #Iran
Homeowners from the town of Zaytun protest orders issued by authorities to destroy their homes, which they have owned for 34 years.#IranProtestspic.twitter.com/Vqjb10wDGN

Ali Khamenei, the Supreme Leader of the Iranian Regime, personally attended in the Friday sermon last week. His attendance and remarks indicated the fact that the recent protests by the college students and people of Iran have targeted the heart of the regime when the protesters chanted: “So many years of crimes, death to the Supreme Leader”. Contrary to the earsplitting propaganda, Khamenei had nothing important to say. Repeating the usual lies, he tried to show that his establishment is still on its feet and breathing.

The People’s Mojahedin Organization of Iran (PMOI/MEK Iran) released the names of twenty more martyrs of the November uprising in Iran. Names of 724 killed in the recent protests have been identified by the MEK Iran so far.

Mrs. Maryam Rajavi the President-elect of the National Council of Resistance of Iran (NCRI) has called on the United Nations to urgently send an international fact-finding mission to Iranian prisons to meet with the detainees.

Based on the MEK Iran reports the highlight of the uprising is as follows:

Sistan and Baluchestan, Hormozagan and Kerman provinces have been struggling with a devastating flood in the past eight days. In Sistan and baluchestan the damage to the road is such that many people are trapped in their villages.

The Iranian regime has taken no measures to protect the people of the region. People are relying on their own efforts to deal with the damages.

One of the residents said: “Yesterday, the flood took away all our belongings. Our sheep died. We have nothing left,” one of the children of the region said. “The Red Crescent doesn’t even answer the phone.”

People in over 40 villages near Hirmand, Sistan & Baluchistan Province, southeast #Iran, are living without water.
Temperatures are over 50 degrees C.
The area was hit with floods recently & drinking water is rarely provided with trucks.pic.twitter.com/tjaDBv6LBE

MEK Iran reported that: “Conditions in the flood-hit areas are described as “devastated” and at least 20,000 homes have suffered 20 to 100 percent damage. 250,000 villagers around the cities of Chabahar, Konarak, Sarbaz, Qasr-e Qand, Dolgan, Nikshahr and Fanujz are in desperate need of aid as a result of the massive floods.”