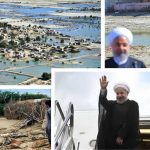 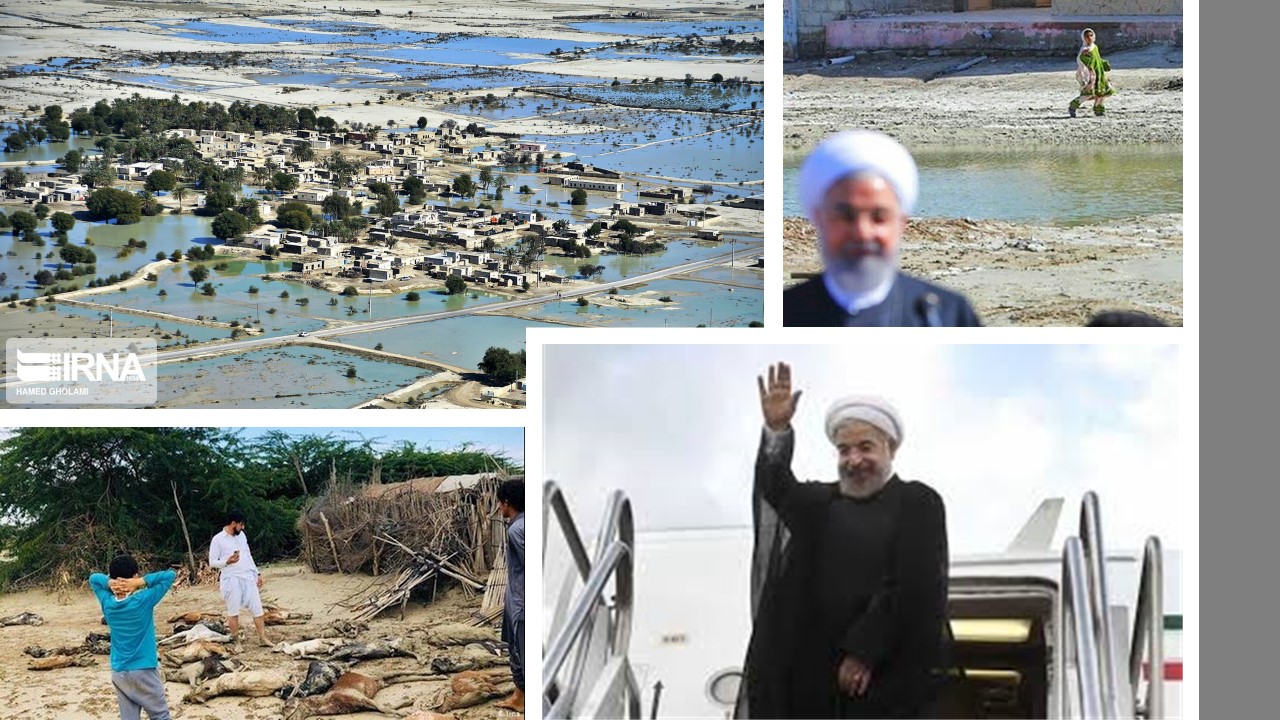 Many areas across Iran have been affected by serious flooding. Three days of extremely heavy rain led to flash flooding in the Sistan-Baluchestan, Kerman, and Hormozgan provinces. Thousands of houses have been destroyed and hundreds of people have been displaced. There have also been some fatalities.

The Iranian regime has taken no measures to mitigate the damage from the flood and to protect the people of the region. Even after the flood-hit the region, Iranian authorities have not engaged in relief efforts.#Iranhttps://t.co/WNMitctU4E

Just over a week later, the Iranian regime’s president, Hassan Rouhani visited the Sistan-Baluchestan province – a visit that Iranians are calling a complete farce. In this province, many villages have been very badly affected by the floods. Roads leading to some villages have been blocked and dozens of towns have been cut off from all civilization. The situation of people living in some of these areas is unknown – there has been no communication with them for over a week.

The visit of the Iranian regime president to the region has created a massive backlash and the locals have responded furiously. The people affected by the floods have been left to suffer on their own, with no government assistance to speak of. The only ones helping our fellow Iranians who are trying to do what they can to ease conditions for the worst affected.

In contrast to the situation of the people, the regime has spent millions of dollars on ceremonies and transporting the body of Qassem Soleimani – the head of the Quds Force branch of the notorious Islamic Revolutionary Guard Corps (IRGC) that was killed at the beginning of the month during a US drone strike in Iraq.

Hundreds of thousands of Iranians need help, urgently. Some of the most badly affected areas by floods are the towns and cities of Qasr-e Qand, Sarbaz, Fanujz, Chabahar, Konarak, Dolgan and Nikshahr.

The clerical regime has left our towns and villages defenseless in the face of natural disasters, spending the country’s wealth on domestic suppression and murder, and also on war and terrorism in Iraq, Syria, Lebanon and Yemen. #Iran

The flooding has not come as a surprise. There have been numerous warnings to the Iranian regime that such disasters should be expected because of government inaction. Previous incidents have caused concern, but the warnings by experts have never been taken into account. Once again, the people of Iran are suffering from the regime’s negligence.

As well as dealing with the effects of the flooding, there is also snowfall and extremely cold temperatures at night. People in some villages are stuck – they literally cannot leave. 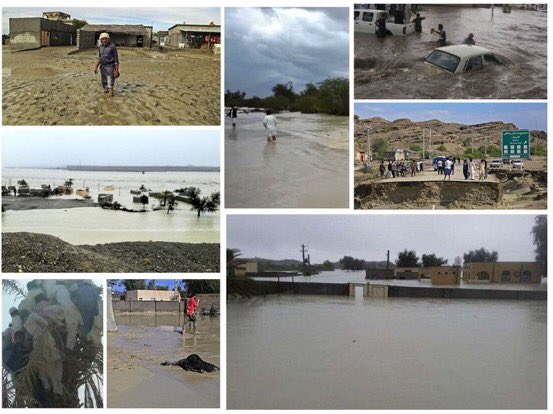 The province already suffers from extreme poverty, and this flooding is just another blow to its residents. Livelihoods have been destroyed, farmlands ruined and crops completely destroyed. Farm animals have been swept away or killed. People have seen their belongings disappear. Families have watched their homes be destroyed.

It is an absolute disgrace that the Iranian regime has failed to act to help the people that so desperately need it. People living in the region have said that they cannot even get hold of the Red Crescent. The people have literally been left on their own.

President Hassan Rouhani’s visit to the area served no purpose. The people remain devastated. Nothing has changed.

Maryam Rajavi, the president-elect of the National Council of Resistance of Iran (NCRI) expressed her solidarity with the flood-stricken areas in Sistan-Balouchistan and called on the Iranian youth to rush to the aid of the people.

I ask patriotic youth in the south to assist our flood-stricken compatriots in Hormuzgan, Sistan & Baluchestan, & Kerman. Tens of thousands are besieged by flood or have lost their homes. Basic equipment to get aid to those areas are lacking #Iran

This is the reason why the MEK and the people of Iran call for regime change as the only solution to the problems in Iran.