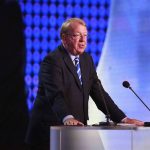 Written by Amineh Qaraee on January 1, 2020. Posted in NEWS 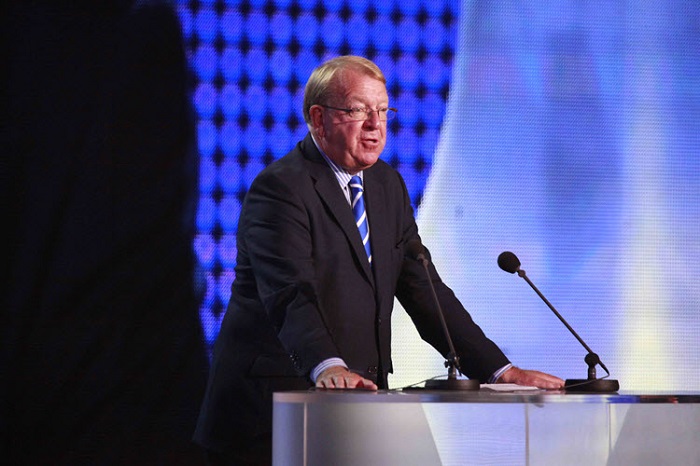 Struan Stevenson the Coordinator of the Campaign for Iran Change (CIC). He was a member of the European Parliament representing Scotland (1999-2014), president of the Parliament’s Delegation for Relations with Iraq (2009-14) and chairman of the Friends of a Free Iran Inter-group (2004-14).

In November 2019, the world witnessed Iran being engulfed with one of the most widespread protests in the past years that first flared because of a fuel price hike but soon turned into a nationwide uprising demanding regime change.

The Iranian opposition movement the Mujahedin-e-Khalq (PMOI/MEK Iran) and its Resistance Units were behind much of the protests. The Iranian regime responded by the bloody crackdown of protests and according to the MEK Iran, over 1500 people are killed during the protests. MEK Iran also said the number of victims who have been identified so far is 615.

State-run Siasat daily by calling #IranProtests “anarchy” and “sedition”acknowledged that the #protests were organized &it will continue.The protest itself is not the only phenomenon that frightens the regime, but the new young Iranian generation, that seeks #IranRegimeChange pic.twitter.com/VG4qsgWKXe

In an article in The Scotsman on Monday, December 30, 2019, Struan Stevenson, a former member of the European Parliament and the president of the European Iraqi Freedom Association (EIFA) criticized the international community’s inaction vis-a-vis the Iranian regime’s deadly crackdown on the Iran protests.

“During the nationwide uprising that has largely been ignored in the Western press, Iran’s Supreme Leader Ali Khamenei and its so-called ‘moderate’ President Hassan Rouhani have ordered a shoot-to-kill policy that has seen masked snipers on the roofs of government buildings, indiscriminately shooting unarmed, young protesters in the head and chest,” said Stevenson in his article.

“IRGC thugs and security agents have scoured the country’s hospitals, dragging the wounded from their beds. While the fate of those imprisoned remains largely unknown, there are many reports of protesters being tortured to death,” Struan Stevenson added.

“Hamid Sheikhani, 35, was arrested on 17 November in Mahshahr County, Khuzestan. His family heard no news until 23 November, when they were asked to collect his body from prison. On the same day, 30-year-old Kaveh Veisani was arrested in Sanandaj. His dead body, which showed signs of torture, was found in the city’s suburbs on 15 December. He had a toddler and left a pregnant wife.”

“The uprising was triggered by the regime’s decision to triple the price of gas. This was the last straw for a nation whose citizens have been impoverished by the venally corrupt regime that for 40 years has stolen Iran´s wealth for the benefit of its rulers and to wage proxy wars across the Middle East, in Syria, Yemen, Lebanon, and Iraq.”

“That is why many protests involved arson attacks on banks and other institutions related to the IRGC and the security forces. That is why the protesters have chanted on the streets: ‘Forget Syria, what about us?’ Indeed, the current uprising raging across the country has taken on a new and uniquely political dimension, with young protesters demanding regime change and calling for the ousting of Supreme Leader Ali Khamenei and President Hassan Rouhani, chanting ‘The enemy is here; they are lying when they say it is America,” he added.


Stevenson concluded that “the international community cannot continue to treat the theocratic regime in Iran as a normal nation-state. The belligerent, repressive and vicious behavior of the regime proves that attempts at negotiation or appeasement are pointless. The ayatollahs have committed appalling crimes against humanity that require an immediate response from the international community, involving, at the very least, a UN fact-finding mission to establish the truth about the numbers killed and injured and to ascertain the treatment of those imprisoned. The UN must hold those responsible for these crimes accountable in the international courts of justice. There can be no impunity for those guilty of such chilling atrocities. The West must show support for the oppressed Iranian millions, who now look to the UN Security Council for urgent help,” Mr. Stevenson concluded.

Struan Stevenson is the Coordinator of the Campaign for Iran Change (CIC). He was a member of the European Parliament representing Scotland (1999-2014), president of the Parliament’s Delegation for Relations with Iraq (2009-14) and chairman of the Friends of a Free Iran Intergroup (2004-14). He is an international lecturer on the Middle East and president of the European Iraqi Freedom Association (EIFA).