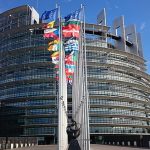 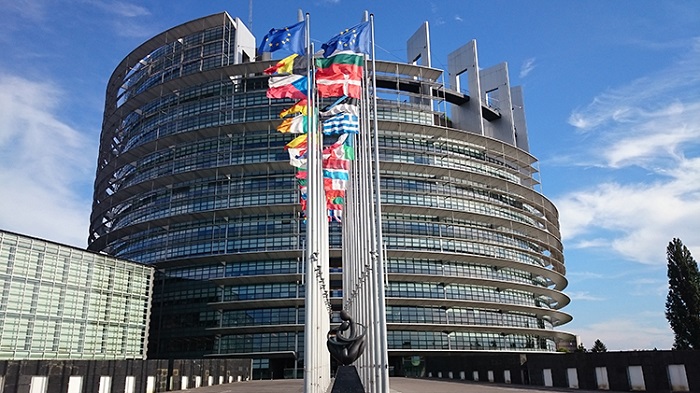 On December 19, 2019, the European Parliament passed a “resolution on the violent crackdown on the recent protests in Iran”. The resolution was passed with a strong 566 votes. Only 4 voted against the resolution.

The resolution “Condemns in the strongest terms the ongoing crackdown on protesters; urges the Iranian authorities to respect the rights to freedom of expression, association, and peaceful assembly and to exercise maximum restraint in handling the protests, in accordance with the relevant international norms and standards; insists on the need for the Iranian authorities to fully abide by the International Covenant on Civil and Political Rights, to which Iran is party,”

It also “Calls on the Iranian authorities to immediately and unconditionally release the protesters, as well as the human rights defenders and journalists currently held under arrest; urges the Iranian authorities to ensure that a prompt, impartial and independent investigation is carried out into the human rights violations committed since the start of the protests, including allegations of ill-treatment in detention, and that those responsible are held accountable,”

Members of the European Parliament will vote on a resolution later this week condemning the brutal crackdown of #IranProtests. MEPs will debate the draft resolution on this Wednesday and hold a vote on Thursday in Strasbourg, Francehttps://t.co/rmMR3vOZQr#Iran @USAdarFarsi #MEK pic.twitter.com/Po5CVH3iks

The resolution also “Condemns the decision of the Iranian authorities to shut down internet access to global networks, which prevented communication and the free flow of information for Iranian residents; underscores that such actions are a clear violation of the freedom of speech,” and “Calls on the Iranian authorities to ensure the right of all detainees to due process and a fair trial, including the right to be represented by a lawyer of their own choosing,”

The resolution calls for the EU and its Member states to “urgently request a special session of the UN Human Rights Council in order to ensure proper scrutiny of Iran’s crackdown on demonstrators, and, at that session, to propose an independent inquiry into the allegations of grave human rights violations, which will report its findings and recommendations to the Human Rights Council,” and “Calls on the Iranian authorities to extend a standing invitation to all Special Procedures of the UN Human Rights Council and to cooperate in a proactive manner; urges them to take particular care to ensure that the UN Special Rapporteur on the situation of human rights in the Islamic Republic of Iran is allowed to enter the country,”

On December 16, 2019, London based Amnesty International reported that the Iranian regime has arrested thousands of protesters including children as young as 15, and the detainees have been subjected to enforced disappearance and torture.

At least 304 people were killed and thousands were injured between 15 and 18 November as authorities crushed protests using lethal force, according to credible reports compiled by the organization. The Iranian authorities have refused to announce a figure for those killed, said Amnesty International.

Iran’s main opposition group, the Mujahedin-e Khalq (PMOI/MEK Iran) have reported that the number of protesters killed by the regime’s security forces is over 1500 people. On December 20, the MEK Iran released the names of another 27 people who had been killed by the security forces in the protests, bringing to 547 the number of victims who have been identified so far.

Representatives of the European people unanimously urged the UN to launch a comprehensive investigation into the suppression of the #IranProtests, without delay #Iran pic.twitter.com/6geSLXu9If

Earlier Mrs. Maryam Rajavi, President-elect of the National Council of Resistance of Iran (NCRI), has called on the United Nations Security Council, the European Union and its member states to condemn this horrendous mass killing by the Iranian regime and to take urgent action to stop this crime against humanity and secure the release all those arrested.