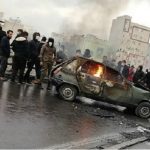 Written by Esmail Mohades on December 8, 2019. Posted in NEWS 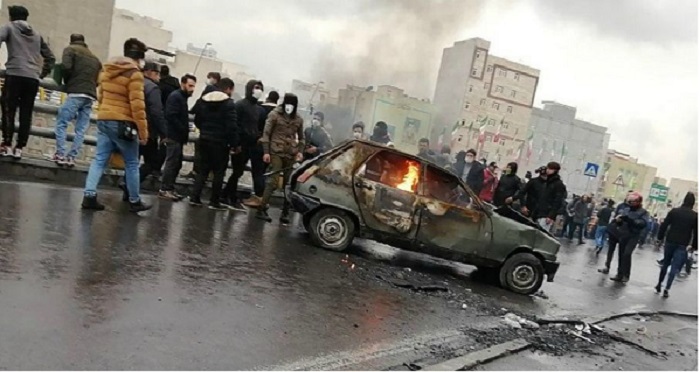 Last Wednesday, Iran regime Supreme Leader Ali Khamenei responded to a request from Ali Shamkhani, the secretary of the Supreme National Security Council (SNSC) on state-run media. Shamkhani had inquired about issuing “pardons” for Iranians killed or arrested during the November uprising in order to manage the public outcry over the regime’s brutal crackdown on protesters.

Khamenei said in his response:

“According to the country’s legal framework, ordinary citizens who were killed during the recent riots and didn’t participate in these protests, are considered martyrs. Their family members should be consoled and receive proper attention. They, as well as detainees, should be subjected to Islamic Kindness.”

He added that “the families of victims who lost their lives in any way during the protests be given restitution for the loss of their loved ones.”

Iranian regime law dictates that the families of martyrs are entitled to social and financial benefits. By designating the victims of its own crackdown as martyrs, the regime hopes to calm the rebellion that claimed the lives of more than 1,000 protesters, according to MEK sources.

An Admission of Guilt

By acknowledging that some Iranians were killed despite not having participated in the protests, Khamenei admitted that the regime’s security forces blindly fired into crowds and murdered people indiscriminately. He also acknowledged that at least some of the detainees currently being tortured in the regime’s prisons are “ordinary citizens.”

Khamenei’s statement is a stunning reversal of his earlier public comments about the protesters. On November 17th, the Supreme Leader referred to the protesters as “thugs” and “hooligans,” warned people to stay home “if they hold their lives, dear,”  and ordered his security forces to take decisive action to put down the rebellion.

In a November 26th meeting with Basij forces, Khamenei described the uprising as a “deep-rooted, widespread and very dangerous conspiracy” and ordered the paramilitary force to suppress the uprising in the same way it went after MEK members in the 1980s. He told the Basijis to be present in every neighborhood and not to get “entangled by bureaucratic processes,” implicitly giving them permission to fire at will on anyone in their paths.

Top regime officials have called repeatedly for the execution of protesters. On November 19th, the Revolutionary Guard (IRGC) published a statement warning protesters that if they continued their demonstrations, they would be met with a “revolutionary response.”

An article published on the same day by the editor-in-chief of the Kayhan daily, known as Khamenei’s mouthpiece, called for the execution of protesters. The article quoted regime Judiciary officials as saying, “The rioters’ act was a clear sign of insurgency, and according to our Islamic penal code they should be executed.”

A Weak and Desperate Regime

Why reverse course now? The mullahs are not known for Islamic Kindness, so the turnaround must be shocking to outsiders. Simply put, the sudden change of heart has nothing to do with kindness and everything to do with fear.

The clerical regime has ruled Iran with an iron fist for four decades. Any dissent was violently crushed, and freedom was nonexistent. The mullahs have ignored the will of the people for 40 years.

Discontent has reached a fever pitch in Iran over the past two-and-a-half years. The MEK established Resistance Units throughout the country, and they have grown, spread, and organized. Last month when people poured into the streets, they joined with the MEK in their calls for regime change.

The Iranian people are tired of being suppressed. They are finished being silenced. They know there is an alternative. They see the MEK on the ground with a plan to overthrow the regime and they are ready to make it happen. The mullahs know this and are terrified. This empty gesture is a sign that they know they cannot win through suppression.

Mrs. #MaryamRajavi, President-elect of NCRI, delivered a speech to the people of Iran celebrating the courage of the women of the #MEK and Iranian Resistance who are bravely fighting for a free and democratic country.#IranProtests @USAdarFarsi #FreeIran pic.twitter.com/L5SFod1cfN

They are half right. They cannot win at all. Their time has passed.