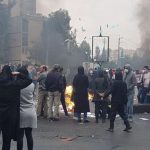 Written by Mohsen Aboutalebi on December 4, 2019. Posted in NEWS 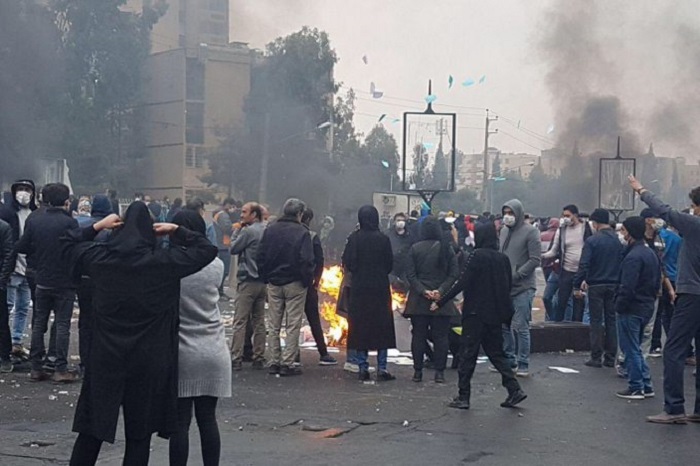 December 4rd marked the 20th day since nationwide anti-regime protests broke out in Iran after the mullahs announced a sudden increase in gasoline prices. Protests continue despite a massive crackdown by the regime’s security forces, with the death toll exceeding 1000, according to Mujahedin-e Khalq (PMOI/MEK) sources.

Mrs. Maryam Rajavi, President-elect of the National Council of Resistance of Iran (NCRI), issued a statement on Tuesday restating her call for the international community to take urgent action to stop the regime’s deadly crackdown in Iran. Her statement reads:

“The People’s Mojahedin Organization of Iran (PMOI/MEK) announced that the number of those killed by the Iranian regime’s suppressive forces during the nationwide uprising that engulfed 187 cities has surpassed 750. The MEK today announced the names of another 33 victims, in addition to the 222 names it had released previously. This brings to 255 the number of victims identified so far.

“Identifying and recording the names of the martyrs is taking place despite the fact that the religious dictatorship ruling Iran has been utilizing all its suppressive and security agencies and its notorious machinery of censorship and repression to conceal the scope of its crimes against humanity. The faction affiliated with the regime’s Supreme Leader Ali Khamenei, agencies controlled by his office and the IRGC as well as the faction affiliated with Hassan Rouhani, the Interior and the Intelligence ministries are doing their utmost to conceal the actual number of those killed and arrested.

The uprising in November showed that the regime is not capable of containing the roaring tides of protests and social rebellion, and that the Iranian people will never give in. #IranProtestshttps://t.co/9UNRUwy4B9 pic.twitter.com/tBBD3GnwZV

Current News on the Protests

MEK sources report that anti-regime protests, demonstrations, and rallies have taken place in more than 189 cities. To date, over 1000 people have been killed by regime security forces, another 4,000 have been wounded, and 12,000 have been arrested.

The protesters called for regime change within the first few hours of the uprising, with chants of “Death to Rouhani!” and “Death to Khamenei!” The protesters seek the overthrow of the entire regime apparatus, as they see it as the cause of their problems and the source of corruption in Iran.

Nicholas Burns, a Harvard Professor and former American diplomat, condemned regime Supreme Leader Ali Khamenei and the IRGC for the brutal suppression of Iranian citizens in a Tweet that linked to a recently published New York Times article. He wrote:

“The Supreme Leader and Revolutionary Guards are responsible for horrific violence—hundreds of Iranian citizens killed and several thousand wounded and arrested.  This should be universally condemned.”

“Hundreds dead, thousands wounded and detained. This is how the Iranian government responds to peaceful protests. The people of Iran have had enough of the oppressive regime. The cries for democracy and freedom in Iran are only beginning.”

Senator Chuck Grassley (R-IA) tweeted his support of the people in Iran protesting against a corrupt government, noting that Americans sympathize with protesters who seek to improve their country. He wrote:

“The United States is not the enemy of the Iranian people.  In fact, Americans of all backgrounds can’t help but sympathize with those brave protestors seeking a more prosperous, more responsible Iran. The world is watching,”