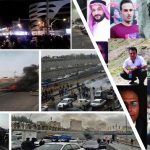 Mullahs in Iran Are Trying to Hide Their Crimes

Written by Mohsen Aboutalebi on December 1, 2019. Posted in NEWS 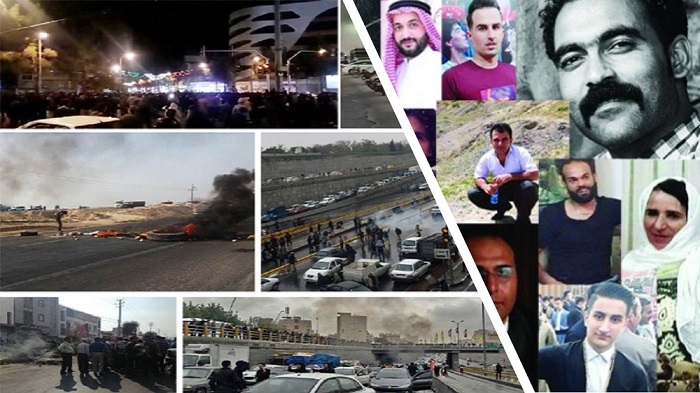 Martyrs of the Iran Protests – November, 2019

Following the uprisings all across Iranian cities in the last two weeks of November, the Iranian regime shut down the Internet, to brutally suppress the protesters and create an information blackout and hide its crimes.

At the time, Amnesty International warned about the shutdown of the internet by the regime.

“We’re horrified at reports that dozens of protesters have been killed in #Iran, hundreds injured & over 1000 arrested since Friday. We’re alarmed that authorities have shut down the internet to create an information blackout of their brutal crackdown. We’re investigating.” Amnesty International tweeted November 18.

#HumanRights organizations report there have been several children among protesters shot and killed after protests broke out on November 25 in more than 184 cities across #Iran.#IranProtests @USAdarFarsi #MEK pic.twitter.com/H8IhZYt217

Amnesty International has estimated more than 140 people were killed in the protests.

On November 26, the United States said it had received thousands of messages from Iran about protests after appealing to demonstrators to defy restrictions on the internet.

At least 10,000 #IranProtesters are now in #Iranian regime's prisons under torture& in danger of execution.
Join the #FreeAllProtesters campaign to be the voice of #IranProtests. Ask your representatives 2ask their Gov. 2put pressure on #Iran's dictatorship to #StopIranBloodshed pic.twitter.com/8yxKYBIXp0

On December 1, 2019, the regime’s main opposition group, the People’s Mojahedin Organization of Iran (PMOI-MEK) reported that over 600 people have been killed. Last week the MEK published the names of 179 victims. On November 29, the Secretariat of the National Council of Resistance of Iran (NCRI) released a statement in this regard.

The People’s Mojahedin Organization of Iran (PMOI/MEK) published the names of another 25 martyrs of the Iranian people’s nationwide uprising that engulfed 182 cities. Previously, 154 names had been released. As such, the number of martyrs whose names have been made public stands at 179.

“The clerical regime’s new atrocity comes to light despite the fact that the mullahs are trying their utmost to conceal the actual number of those killed and the shocking scope of its crimes. This explains why the Internet was shut down, the bodies of those killed were not handed over to their families, and funeral for the victims were banned. With each passing day, more details about the regime’s crimes are revealed.”

The statement reads in part adding:

“Mrs. Maryam Rajavi, the President-elect of the National Council of Resistance of Iran (NCRI) called on the international community to undertake urgent measures to stop slaughter and suppression. She urged the United Nations to immediately dispatch fact-finding missions to Iran to ascertain the scope of crime against humanity perpetrated by the regime and to visit those detained. The leaders of the mullahs’ regime must face justice for committing crimes against humanity. Silence and inaction not only violate human rights principles but also embolden the ruling theocracy to continue its crimes and expand them to the region as a whole.”

Hail to the martyrs of the uprising. Such unjust shedding of blood only adds to the resolve of the Iranian people to continue their rightful resistance to overthrow the mullahs’ regime. #Iranprotests #Iran pic.twitter.com/anz7dAaQcq