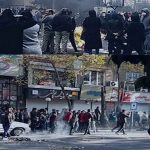 Written by Esmail Mohades on November 30, 2019. Posted in NEWS 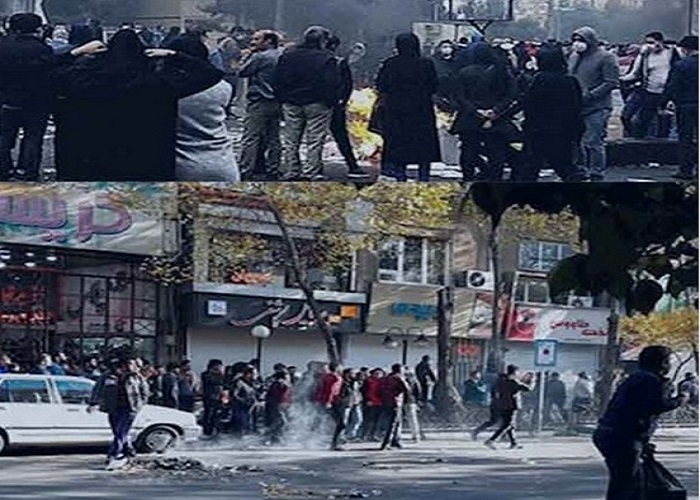 The protests in Iran are continuing after more than two weeks of solid movement. The current uprising was sparked when the regime announced that petrol prices would be dramatically increasing – a move that angered the people who have faced so much economic turmoil over the past few years.

However, the fuel prices are just a tiny fraction of what the people are directing their anger towards. In reality, the people are profoundly unhappy with the leadership that has brutally suppressed their rights for decades, plundered the country’s wealth and led some horrific policies that have plunged parts of the Middle East into turmoil at the expense of the people of Iran.

The people’s anger is evident. Going into the third week of protests, the people are continuing to risk arrest, imprisonment, injury and even death to make their voice heard. Hundreds of people have been killed by the violent suppressive forces and anti-riot police, many of them shot in the head or chest, sometimes at point-blank range and from behind.

Furthermore, thousands of people have been injured and thousands more arrested. And in a further act of suppression, the people have had internet services blocked by the Iranian regime.

The Iranian regime has tried to downplay the gravity of the situation, with some officials saying that the protests have not had wide participation. However, the National Council of Resistance of Iran (NCRI) has been able to confirm that this could not be further from the truth.

The mere fact that the regime has decided to block the people’s access to the internet shows that the regime is terrified of the rest of the world finding out about its crimes and human rights abuses. The regime is under pressure from the United States and other countries are starting to realize that the US might have a genuine reason for doing so. Keeping news about the horrific state-led crimes taking place in Iran under wraps is the sensible thing for the regime to do.

However, the Iranian Resistance, the Mujahedin-e Khalq (PMOI/MEK) has many “Resistance Units” spread across the country. They are in contact with the Resistance located outside Iran and it has never been too difficult for information to be shared, no matter how hard the regime tries.

The outcome of this uprising depends largely on the reaction of the international community. For world leaders to hear of the terrible human rights abuses taking place and ignore what is going on is unfathomable. It is essential for them – especially the Western countries – to ensure that the Iranian government is held to the same standards as their own governments in terms of the respect of human rights and democracy.

This uprising has been coming for a long time. For many months, society has been simmering with discontent and there have been sporadic protests, strikes, and anti-government demonstrations. The atmosphere has been tense and regime officials have even admitted that it would only take one incident for discontent to boil over into another uprising.