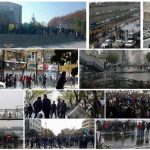 Khamenei: Protest Organizers Will Be Executed

Written by Esmail Mohades on November 21, 2019. Posted in NEWS 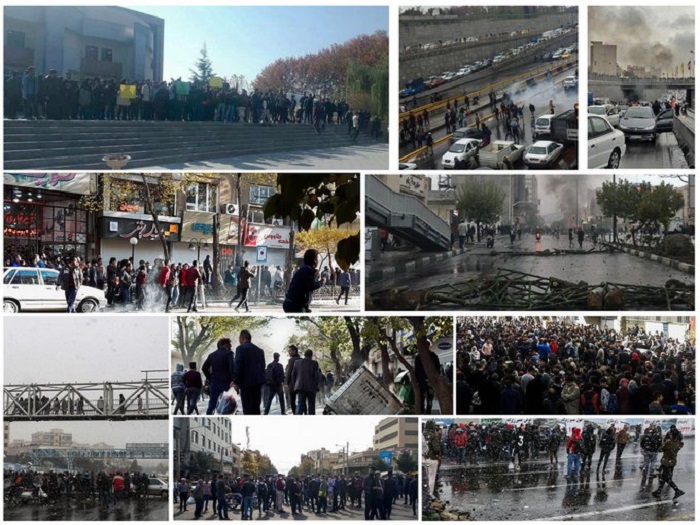 While the reports from MEK sources indicate that at least 250 protesters have been killed, Ali Khamenei, regime’s supreme leader threatens of  more killings

On Tuesday, November 19th, regime Supreme Leader Ali Khamenei announced that the people who led the anti-regime protests that began last Friday will be executed.

The announcement was published in a report in the state-run Kayhan daily, which is known as Khamenei’s mouthpiece, and followed a brutal crackdown on protesters by the regime.

“Some reports say that judiciary considers execution by hanging for the riot leaders a definite punishment,” the paper reported.

The statement, which was read on-air, declared that the IRGC would take “decisive and revolutionary action against any continued moves to disturb the people’s peace and security.”

Statement from the NCRI

The National Council of Resistance of Iran (NCRI) released a statement in response to the protests and the regime’s violent suppression of its own people.

“More than 200 protesters have been killed during the Iranian people’s nationwide uprising. Thousands have been wounded. On November 17, 2019, the Revolutionary Guards said 1,000 had been arrested, though the actual number is much higher,” the NCRI statement read.

“Mrs. Maryam Rajavi, the President-elect of the National Council of Resistance of Iran (NCRI), called on the United Nations Secretary-General António Guterres to brief the Security Council about the atrocities perpetrated by the religious dictatorship ruling Iran, its Supreme Leader Ali Khamenei, and the IRGC, in view of the rising number of those killed and wounded. She urged him to convene an extraordinary session of the Council.

Hail to the martyrs of the uprising. Such unjust shedding of blood only adds to the resolve of the Iranian people to continue their rightful resistance to overthrow the mullahs’ regime. #Iranprotests #Iran pic.twitter.com/KgNxCc54KW

“Silence vis-à-vis the crimes against humanity perpetrated in Iran every day is absolutely unacceptable,” the statement continued, characterizing the violent crackdown as a crime against humanity for which the regime and its leader must face justice.

“The martyrs are mostly young adults and teenagers, many of them shot in the head and chest. The number of those killed is actually much higher. The regime is using an assortment of ploys to conceal the actual figure. In many cases, the suppressive forces do not hand over the bodies of the dead to their families and even refuse to take them to the coroner’s office, instead of burying them in unknown locations,” the statement added.

Cause of the Protests

The protests began last Friday after the regime announced that it was raising the cost of subsidized fuel by 50 percent and tripling the price of all other fuel. The sudden announcement was met with outrage by Iranians who have seen their country’s wealth and resources plundered by the mullahs for four decades, leaving 80 percent of the people living below the poverty line. Thousands took to the streets in protest, setting fire to gas stations, state-owned banks, and regime buildings. Anger quickly mounted and turned to demands for regime change.

In recent days, #Iranians from across the country took to the streets to protest against the corrupt and brutal regime ruling #Iran. #IranProtests #MEK #FreeIran pic.twitter.com/KGAlrXmReN

The regime attempted to prevent pictures and videos of the protests from being shared with the international community and to cut off communication between Iranians within the country by shutting down the Internet on Saturday. Netblocks, an organization that monitors Internet connectivity worldwide, wrote that on Saturday, Internet connectivity in Iran had fallen to 5 percent of its normal levels and had “proceeded to a disconnection of all mobile networks followed by a near-total national Internet and telecommunication blackout.”

Some protesters inside Iran managed to get videos and images of the protests out of Iran and share them on social media. Members of the MEK Resistance Units have trained to respond to the regime’s suppressive tactics. Many of the young protesters who were killed in the protests were MEK members who gave their lives for a free Iran.