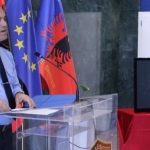 Written by Mohsen Aboutalebi on October 27, 2019. Posted in NEWS 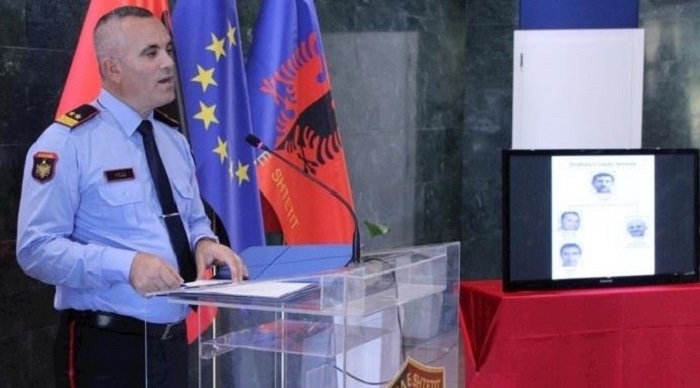 The Quds, the extraterritorial section of Iran’s Islamic Revolutionary Guards Corps (IRGC), was activated to take action against the main Iranian opposition group, the Mujahedin-e-Khalq (MEK), which moved to Albania in 2016 to avoid persecution by the Regime.

Veliu explained that the Iranian Ministry of Intelligence and Security (MOIS) agent Alireza Naghashzadeh, who was pretending to be a former MEK member, was an active member of the Quds Force.

The MEK has repeatedly warned that the MOIS uses agents who claim to be former MEK members to disguise efforts to gather security-sensitive information on the MEK; something reported by the Library of Congress in its 2012 report.

In March 2018, during a celebration to mark the Iranian New Year (Norouz), the Iranian Regime launched a terrorist plot against the MEK, which was thankfully foiled by Albanian authorities. That December, Albania expelled Iran’s ambassador, Gholamhossein Mohammadnia, and another diplomat for “damaging its national security”.

Mohammadnia, who was apparently a high-ranking member of the MOIS, was assigned to the Iranian embassy in Tirana after the MEK members were transferred there in 2016. Before that, he served on Iran’s nuclear-negotiating team in order to secure the sanctions relief under the nuclear deal.

This planned attack on the MEK in Albania came shortly before a plot to bomb the annual Free Iran gathering held in Paris by the National Council of Resistance of Iran (NCRI) and MEK in June 2018. The plan was organized by Vienna-based Iranian “diplomat” Assadollah Assadi, who hired three operatives and provided the explosives. All four were caught by European authorities before the attack could take place.

In October of that year, France said there was no doubt that the Iranian intelligence ministry was behind the bomb plot. It then seized the assets of Tehran’s intelligence services and two Iranian nationals, before expelling an Iranian diplomat.

The MEK has repeatedly warned Western countries about the dangers posed by Iran’s embassies in their countries, saying they serve as “terrorist nests,” and urged the closure of the embassies and expulsion of the diplomats.

They even held a press conference earlier this year, which focused on the major roles played by Iranian diplomats in assassination plots targeting opposition members in Europe.  During this conference, the MEK highlighted that a 1997 declaration by the European Union called for the Regime’s intelligence operatives to be expelled from Europe and no visas granted to Iranians associated with Iran’s intelligence and security services.