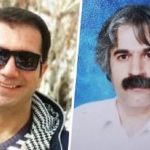 Written by Mohsen Aboutalebi on October 21, 2019. Posted in NEWS 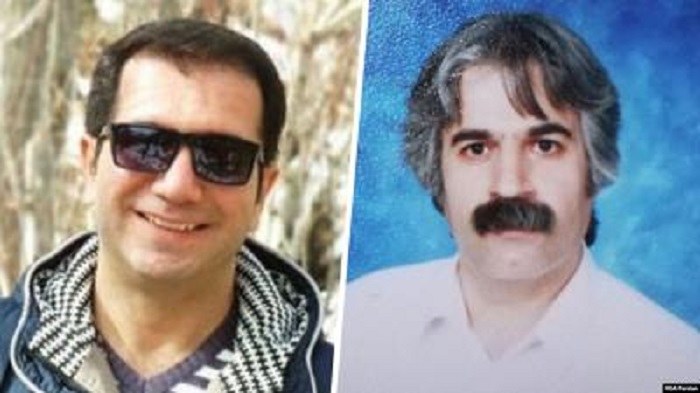 In objection to the poor living condition in prison, two political prisoners, Mehdi Farahi Shandiz and Mohammad Riazat, went on a hunger strike.

The Campaign in Defense of Political and Civil Prisoners reported that due to the lack of facilities and warm water in the central prison of Karaj the two political prisoners went on a hunger strike since October 17, 2019; they were relocated to solitary confinement a day later.

Following the widespread protests in last August in Iran, Mohammad Riazat was arrested and then temporarily released on bail. Mehdi Zeinali, the criminal revolutionary court’s judge, sentenced Mrs. Riazat to three years in jail on charges of “insulting the Founder and Supreme Leader” and “propaganda against the regime” Mrs. Riazat was transferred to Karaj’s Central Penitentiary on December 10, 2019.

Mehdi Farahi Shandiz was charged by criminal Judge Moqisi, on “insulting the Leader” and “disturbing public order” and was sentenced to three years behind bars. This political prisoner, in two other separate cases, in 2011 and 2014, had been sentenced to nine years in prison on the same charges.

Prior to this, in an open letter on July 15, 2019, due to unacceptable prison conditions and misconducted behavior of prison officials, six other political prisoners had gone on a hunger strike.

The heroic resistance of the Mujahedin-e Khalq’s (PMOI/MEK) political prisoners has always been inspiring for the opposition movements of Iran particularly the youths, the teachers, and the workers.

I reiterate the need for the formation of an international delegation to visit and inspect Iranian prisons and conditions of political prisoners in #Iran.https://t.co/wYM9zxg4eo pic.twitter.com/UX1vpZIqvh

According to the National Council of Resistance of Iran (NCRI) and the MEK sources, during the period of June 22 to July 22, 2019, there had been 24 hunger strikes by political prisoners in Iran.

The designation of Ebrahim Raisi, the key figure in the1988 massacre in which 30,000 political prisoners, mainly the MEK members and supporters, were slaughtered in just a few months, as Chief Justice, and that of three top terrorists from the IRGC, Salami, Fadavi, and Hanqdi, by Ali Khamenei, the Supreme Leader of the religious dictatorship ruling Iran, clearly shows that there is no mercy in this barbarian regime. These designations indicate also the high capacity of the Iranian society for revolt, samples of which can be seen in the streets, factories, schools, prisons and… The MEK resistance units are mobilizing these unrests throughout the country on a daily basis.

The brave uprisings in Iran are inspired by the historical MEK resistance against two dictatorial regimes, those of the Shah and the mullahs, and have always been supported by the MEK.

Torching the regime’s symbols and posters of the regime’s Supreme Leader, by the MEK resistance units across the country urges the youth and the women to stand up against the regime.

The resistance of political prisoners, particularly MEK supporters as well as other sectors of the Iranian society clearly indicates the embers beneath the ashes in the tumultuous Iranian society. They want regime change and establishing democracy and freedom by the true and reliable alternative, the NCRI and its elected President, Mrs. Maryam Rajavi.