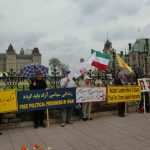 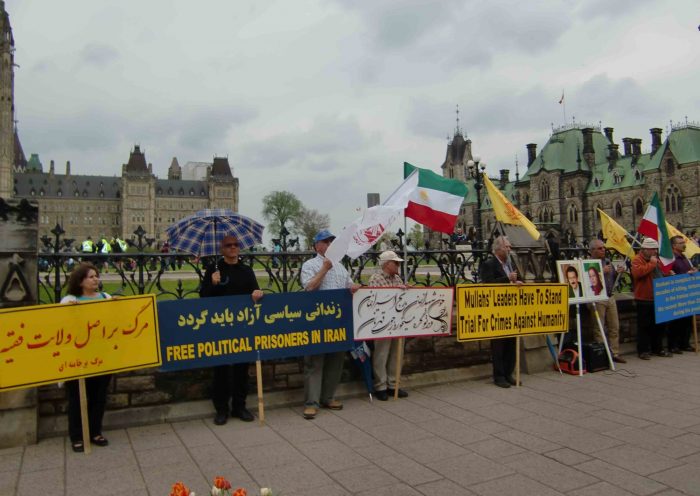 Supporters of MEK stage a rally in Ottawa Canada, asking for the human rights organizations to intervene and put pressure on the Iranian dictatorship to free all political prisoners.

On Friday, April 19, Mahmoud Alavi, Iran’s Minister for Intelligence, boasted of the Iranian regime’s progress in quashing dissent and silencing the Iranian opposition. He claimed that the regime’s intelligence agency (MOIS) and the Revolutionary Guards (IRGC) had “dealt with” 116 resistance cells belonging to the People’s Mujahedin Organisation of Iran (MEK).

In view of admission by #Iran regime’s Intel Minister to some of the arrests (of dissidents) last year, I urge the UN Sec. Gen., High Commissioner for HR, Human Rights Council, and Int’l HR Orgs. to take urgent steps & send delegations to visit prisons & political prisoners.

The Iranian opposition’s President-elect Maryam Rajavi called on the UN to establish an international delegation that could enter Iran and visit the 28 named prisoners. From there, they could work to secure the prisoners’ release.

2018 was a landmark year for the Iranian opposition and the MEK. It began with a nationwide uprising, in which public protests spread to all 31 of Iran’s provinces and every major town and city.

Protestors were demonstrating against the Iranian regime’s economic mismanagement and corruption. They chanted slogans like “down  with the dictator”, “Down with the Supreme Leader” and “Khamenei, shame on you!”

The regime arrested thousands in the wake of the protests. At least 14 protestors died in regime custody after being subjected to torture and inhumane conditions.

The Names of the Brave Iranian Political Prisoners

These are the names of the brave protestors currently languishing in regime custody.