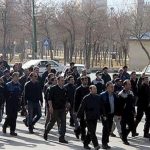 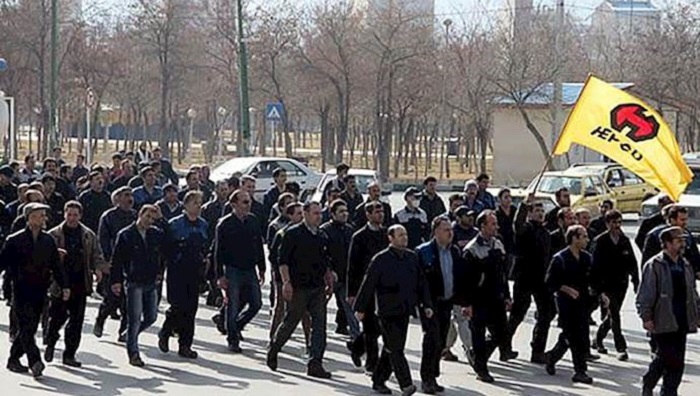 The mullahs’ regime is cornered by many problems in Iran. Some are scarier than others for the theocratic regime. Workers’ protests and strikes areas such. In the most recent labor unrest in Iran’s industrial heartland, Arak, in central Iran, Azarab Company workers protest for the familiar demands; unpaid wages and the return of the company to the public sector. The mullahs’ regime’s scheme in the last two decades against the working class has been a suppressive plan of forced privatization of oldest industries such as Hepco and Azarab in Iran. But what is even more cynical is that the clerical regime has tried to kill two birds with one stone. It wants to escape the responsibilities of the government toward Iran’s working community such as guaranteed wages and insurance and aims at breaking up the oldest labor unions formed in such industries for more than 40 years in Iran.

In Azarab, for example, private management is downsizing the personnel. What the mullahs’ regime has done is putting a multimillion-dollar company on sale for a fraction of its real market value. The bid usually goes to former Revolutionary Guards (IRGC) commanders or their families. By doing so the regime has two goals; one is gradually killing the company and secondly prevent the labor unions from taking shape. In the case of Azarab and Hepco they share the same fate. The Iranian regime has followed the same road)map for both industrial companies. The workers’ major demand aside from back pays is preventing the gradual closure of the company. 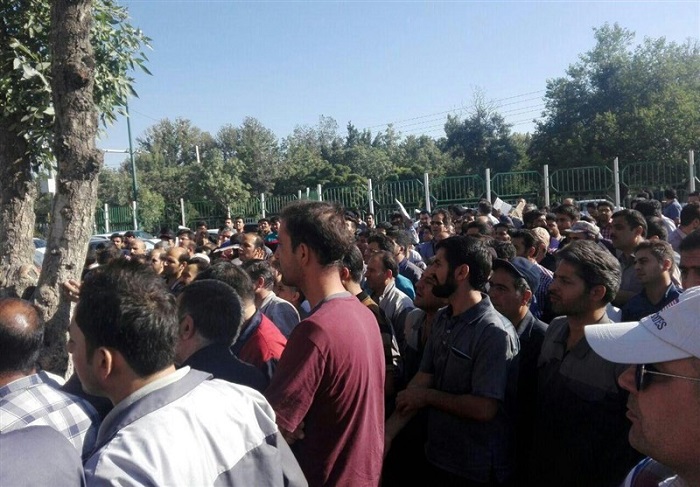 Azarab workers protested for three days outside the company’s plant in Arak. The anti-riot units of the IRGC were called in to turn the protesters away. But they stood their grounds and pushed them back.

Hail to the brave workers of Azarab, Arak, who did not succumb to the clerical regime’s threats &intimidations, continuing their protest today. The regime again responded by tear gas, arrests, &beatings. Such oppression will be foiled by the courageous workers’ will power. #Iran pic.twitter.com/yzKXAy9TP0

Mrs. Maryam Rajavi, the President-elect of the National Council of Resistance of Iran (NCRI), hailed the brave workers of Azarab for not abandoning their protests despite the suppressive measures and threats by the mullahs’ regime. She said that the ruling religious fascism in Iran responds to the enraged citizens only with tear gas, beatings, arrests, medieval trials, and long prison terms. But oppression and injustice will crumble in the face of the heroic workers’ resolve.

The Mujahedin-e Khalq (PMOI/MEK) also welcomed the Azarab’s workers for their bravery in standing up for their rights.

On October 8, 2019, for the third consecutive day, the protest gathering of Azarab’s workers continued. On Sunday, October 6, 2019, workers of Azarab Company had organized a gathering on the Tehran-Arak highway to protest the sale of the company and to demand their unpaid wages. They closed the main square at the city’s entrance.

A day before, on October 7, the workers had gathered and marched outside the company. The Revolutionary Guards’ anti-riot units attacked them by firing tear gas into the crowd. They blocked the demonstrators from entering the city fearing that the youths might join the protesting workers.

Despite yesterday’s brutal attacks, the workers gathered outside the company’s building again. The suppressive forces blocked the demonstrators from reaching San’at Square and entering the city.