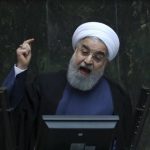 Rouhani Comes Back From UNGA Empty-handed 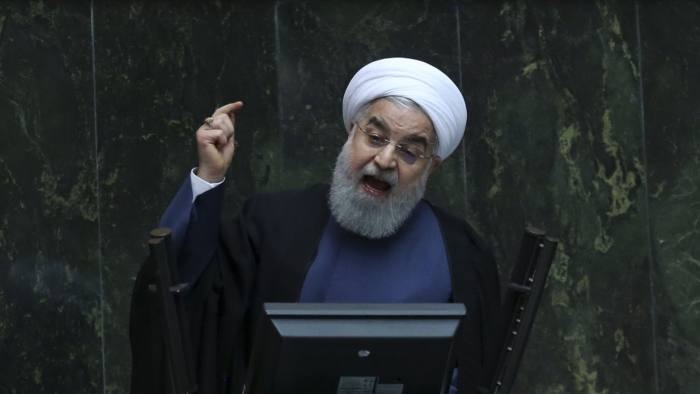 The Iranian Regime sent its President Hassan Rouhani to New York for the 2019 United Nations General Assembly to promote and defend the mullahs as their crimes get more international attention. However, he failed horrendously in that regard, especially among the Iranian people.

Iranians from the US, Canada, and Europe, who support the Iranian opposition People’s Mojahedin Organization of Iran (PMOI, Mujahedin-e Khalq or MEK), gathered outside the United Nations in New York on September 24 and 25 for a “No to Rouhani” rally that occurred at the same time as Rouhani’s speech at the UN General Assembly.

It served as a timely reminder that the only solution to the crises in Iran is regime change by the Iranian people and their organized resistance movement.

After the UNGA, various members of the Iranian regime’s parliament criticized Rouhani for achieving nothing on his New York visit, with MP Fereydoon Faramand quoting a New York Times article saying that Rouhani got a “cold shoulder” at the UNGA when Iran was counting on a warm reception.

The Europeans reiterated their support for the nuclear deal, known as the Joint Comprehensive Plan of Action (JCPOA), but issued a statement saying that Iran was behind the attacks on Saudi Arabia’s oil facilities.

“We expected our officials to easily surpass this crisis… not only have we not witnessed any advances, in fact, but there have also been no measures in line with the promises made… If the Iranian state is unable to resolve its political dilemmas with the world, the country’s economic dilemmas will not be resolved.”

MP Nour Mohammad Torbati-nezhad even appeared to plead with the Regime’s leaders about ending their expansionist policies to avoid giving the rest of the world any reason for increased tensions, which shows what a desperate state the mullahs are in.

While former MP Fereydoon Majlesi noted about the regime’s failed policies and advised a step back by the Regime, although he did admit that was unlikely; something that former Iranian ambassador to Italy Seyed Jalal Sadatian also advised when noting how Iran was like a “powder keg” because of the pressures on the people.

Rouhani went to New York high on speculative media coverage about a potential meeting with Donald Trump about ending sanctions and a $15 billion bailout package from Europe, but this quickly disappeared.

The National Council of Resistance of Iran(NCRI) wrote:

“The tide has also turned against the entire regime and there is literally no light at the end of the tunnel for the mullahs in Iran.”