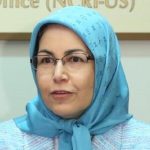 Soona Samsami: Iranian Resistance Is Strong And Capable to Make Change in Iran 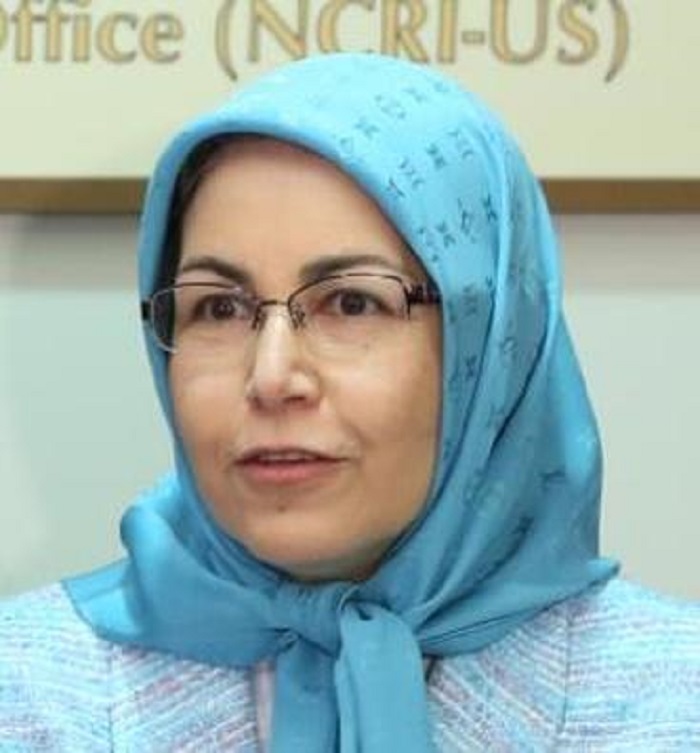 Soona Samsami, the National Council of Resistance of Iran (NCRI)- US representative, delivering a speech to the New York Conference discussing the future of Iran-September 24, 2019

Soona Samsami, the National Council of Resistance of Iran (NCRI)– US representative, delivered a speech in a conference in New York on September 24, 2019, discussing the future of Iran.

In the introduction, she discussed the pillars of the unity among those who believe in taking the religious fascism down saying:

“It is indeed a pleasure to join you in this convention, which I hope would result in fruitful steps toward overthrowing the religious dictatorship ruling our country, Iran. For me, my colleagues in US representative office of the National Council of Resistance of Iran which advocate the establishment of democratic, secular, republic in Iran and thousands of freedom-loving Iranians in the United States who work closely with our office in Washington DC is heartwarming that political currents have gathered in this convention today who demand the overthrow of the mullah regime and seek the establishment of a democratic republic based on separation of religion and state. These represent the pillars of our unity.”

History of the struggle for freedom in Iran

Reviewing the background of the Iranians’ resistance against both monarchy and Velayat-e Faqih in Iran Ms. Samsami added:

“Though they might be taken for granted it is worth reminding that the Iranian people and resistance have paid a very heavy price to uphold these values. One hundred and thirteen years ago, the vanguard of the Iranian people rose up to fight against monarchic dictatorship, despite ebbs and flows, this resistance has continued until today. The constitutional revolution was crushed by the despots due to collaboration of the reactionary clerics and foreign powers. The nationalist government of Dr. Mohammad Mussadeq was also overthrown by the corrupt and repressive royal court and the collusion of the reactionary clerics and foreign powers. And the leadership of the 1979 anti-monarchic revolution was stolen by Khomeini and the mullahs. Religious dictatorship replaced monarchic dictatorship. In a nutshell, the Iranian nation has paid a tremendous price for insisting on three issues:

These pillars form the bases of unity among different groups and personalities in this convention. They include those who lost their lives during the constitutional revolution, such freedom lovers as Soor- esrafil, to Malek Mutokalemin who were martyred by Mohammadali Shah henchmen to those who murdered by Reza Khan to the martyrs of July 21st 1952 to the Mujahedin and Fedaeen who were executed or tortured to death by the Shah’s regime. Yes, 120,000 martyrs for freedom are backing up these principals, join by thousands of Iranians in exile in the US and Europe who are working round the clock as the bases of support for the resistance units inside Iran as they carry forward the major campaign to overthrow the regime.”

Soona Samsami of @NCRIUS at ‘Future of Iran’ #IranConferenceNYC: We were first to expose Iran regime’s secret nuclear sites in 2002. We also made 100 revelations of rgm’s WMD & missiles projects. We secured support of vast majority of US lawmakers for regime change & a #FreeIran. pic.twitter.com/7zR5fWPVR3

Activities of NCRI- US office

Highlighting the activities of the Washington office of NCRI Ms. Samsami said:

“Indeed these words are written with blood and they must be replenished and elevate by ending more suffering and making a greater sacrifice. At this point, please allow me to briefly touch upon the activities of the Washington office of NCRI and Iranian living in the US who have played an irreplaceable role in contributing to the adoption of firm policy vis-a-vis the ruling regime in Iran. Iranians have played an active role in the political life of this country and impacting the US policy against the regime. Where it not for the role played by these Iranians all these years, the policy of appeasement would have no doubt inflicted greater damage on the Iranian people and their resistance. Similarly, in the new year, these very Iranians have played an active role in the formation of a firm policy against the regime. The NCRI Washington office is proud to have organized and directed these major campaigns. It was the NCRIUS which first called the designation of IRGC as a foreign terrorist organization and backed it up with facts and documents we called for sanctioning the office of the Supreme Leader and presented evidence of Khamenei’s involvement in all major terror operations.”

She added: “We called for the designation of Javad Zarif, the regime’s foreign minister, and published a book named: Iran’s Emissaries of Terror which showed a trend about the Iranian regime foreign ministry in conducting terrorism abroad and how its embassies around Europe have been involved major terror operations and plots abroad, including the murder of two successive leaders of Kurdish Democratic Party of Iran as well as the assassination of our NCRI representatives in Rome, Geneva, Istanbul, and other countries.”

The representative of NCRI in the US then shed the light on the crucial activities of NCRI US office impacting policy on Iran in Washington and said:

“In addition, to dozens of rallies, demonstrations, and sittings our compatriots succeeded in confronting the regime’s demonization campaigns and defend democracy and popular sovereignty. One of the greatest achievements of the Iranians and supporters of the NCRI-US representative office is to secure the bipartisan support of a vast majority of lawmakers and distinguished political leaders in the US which has been polarized as never before.

As many US political leaders have emphasized the issue of Iran and the Iranian resistance is one of the very few issues about which both Democrats and Republicans share the same view. The NCRI-US office has also played a major role in exposing the regime’s crimes and terrorism inside and outside of Iran. It was our office that first exposed the nuclear sites in Natanz and Arak in 2002 which triggered the inspection of the Iranian nuclear sites by the International Atomic Energy Agency (IAEA).  We also had nearly 100 nuclear and missile revelations about the Iranian regime. These revelations played an important role in getting six UN Security Council resolutions against the Iranian regime. We have published nearly two dozen books just in the past five years in the US about the rogue behavior of the Iranian regime abroad and its repression inside the country, Iran. We have had dozens of conferences, seminars, political panels, and discussions as well as cultural events to show the world the sharp distinction between the Iranian regime and the people of Iran. We have shown the world that there is a viable alternative to the repressive rulers of Iran. All the world needs to do is to recognize the right of Iranian people to unseat the repressive rulers and stop providing aids to the Iranian regime.”

Days of mullahs are numbered

“In closing, I want to emphasize that we all have very serious responsibilities to fulfilled the desire of the Iranian people and that we are more hopeful than ever that the days of mullahs are numbered.

I am glad to say that Iranian resistance has never been this strong and capable to make a change in Iran. Let’s continue our path hand in hand to achieve a goal of a free Iran.”