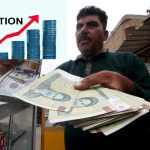 Iran is in a deep crisis. The mullahs’ regime no longer is able to stop the downward spiral. Supreme Leader Ali Khamenei is not in control and has no clue in solving the overwhelming problems. The theocratic regime is living in browed time.

The Iranian regime president, Hassan Rouhani is not in better shape and returned home from his controversial trip to UN General Assembly empty-handed. Accelerating course of events in the country point to a dark future for the clerical regime. The country is boiling in dissent and everyday citizens turn up outside government buildings following their demands.

Inflations running at a record high in Iran

Inflations are running at a record high and far exceeding the International Monetary Fund’s estimates for this year. The Iranian Regime’s Statistical Center has announced on September 24 that the rate of inflation in Iran has reached 42.7 percent during the 12 months ending on August 23. This is nearly 3 percent higher than the IMF forecast in April. All figures projected by the Iranian regime must be taken with a grain of salt since most are manipulated for internal consumption.

Nevertheless, they speak volumes when it comes to project the public’s discontent with the regime. Teachers, workers, farmers, truckers, merchants, inverters with heavy losses for saving their money in the banks run by the Revolutionary Guards (IRGC) protest on different occasions.

MEK Network: At Least 177 Protests in Iran During August

It is for the first time in the mullahs’ regime history that it has hit the absolute rock bottom. None of its factions will win any popularity contest even among their strongholds.

Saeed Hajarian, a well-known regime strategist and one of the former architects of the Ministry of Intelligence and Security (MOIS) told the state-run Sazandegi in August:” If there would be such time that the glass ceiling is lifted, like democratic countries and a fair election is held, then, there will no longer be a “reformist or a conservative camp left in Iran.” What he simply meant is that none of the regime’s factions will be around anymore if there will be a democratic election.

Iranian regime is facing a dead end & in order to escape such crisis, the regime will continue to escalate the repression in Iran and elevate its terrorist activities worldwide, including missile attacks in the Middle East.#No2Rouhani #UNGA

Will the regime be able to last until the U.S. Presidential election? Something the mullahs have pinned their hopes on. Is it possible to stop the People’s Mojahedin Organization of Iran (PMOI/MEK) Resistance Units from expanding? Is regime capable to turn the clock back and stop the explosive state of the society?

Ahamd Alam-alhoda, regime’s Friday Prayer leader in Mashhad, and one of Khamenei’s close confidants answers the questions. He said on December 28, 2018: “Sedition of 2009 is behind us what concerns me is new sedition for 2019. The enemy is planning for it. Economic problems and social unrest are the recipes for disaster. These are the means by which they attack the leadership.”

What really is happening under the skin of Iranian society is plain and simple. The people cannot take it anymore and the mullahs’ no longer have the ability to completely suppress the citizens.

New Acts of Defiance by the MEK Resistance Units

Social unrest plus high inflation and the mullahs’ regime failure in providing absolute necessities of daily life for people has brought it to its knees. The MEK’s Resistance Units and Resistance Councils activities in Iran have opened a window of hope and an opportunity for restless people fed-up with the theoretic regime. The final blow will be delivered with these two forces combined in Iran; the people with support from MEK.