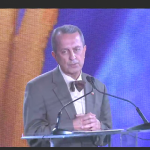 Dr. Firouz Daneshgari: Come together under the Maryam Rajavi’s ten-point plan for a free Iran 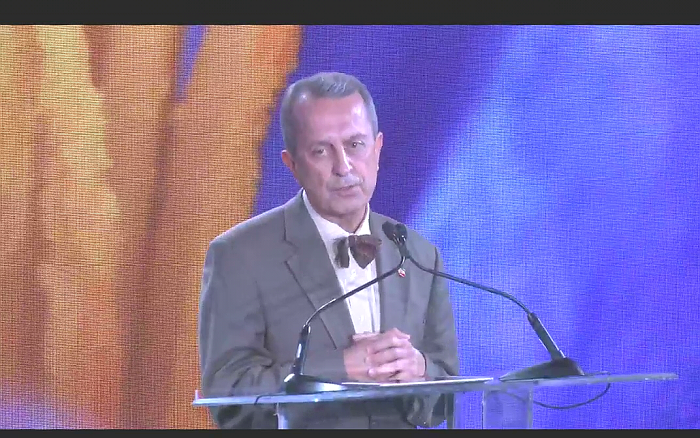 Dr. Firouz Daneshgari, the founder of MDAID, delivered a speech in a conference in NY discussing the future of Iran

Dr. Firouz Daneshgari, the founder of MDAID, delivered a speech in a conference in NY discussing the future of Iran. Below is an excerpt of his speech:

20)
Dr. Daneshgari:
-Maximum pressure is working. We don’t see protests against sanctions. I have first hand information that the regime is the cause of the people’s misery.
-I have no doubt the Iranian people & MEK units will bring down this regime. pic.twitter.com/KJPnCO8v0G

We are bounded by Iranian heritage and we have a shared responsibility toward the people of Iran to help free Iran, move the country toward a republic form of government and keeping the entire country united and ensure its territory reserved as it is today.

I’m a surgeon-scientist and a professor, but I’m also a former political prisoner. My eyes and my mind and my body are witnessed how this regime treats political prisoners. I have the scars of torture on my body that I have carried over thirty years. Especially those political prisoners who are affiliated with the Mujahedin-e Khalq (MEK), I know because as a physician I risked my life to treat them, and to defend them; and some of their members died on my laps. While I treated their gunshot wounds inflected by IRGC, I have seen many many occasions of who this regime is that I cannot describe in simple words.

Today I represent an International Medical Foundation named MDAID which focuses on supporting victims of torture and political prisoners who are forced to flee their homeland as refugees and settled in North American and Europe.

As the founder and chairman of this foundation, I’ve brought my own experience as a political prisoner to this foundation and partner with many former political prisoners who are now empowered medical professionals and paying it forward to other refugees in Europe and elsewhere. I share all those experiences with my colleagues to demonstrate an envision how Iran can recover positively after the fall of this regime to the point of helping other nations as well. For years the world community believes this regime can change from within; the deceitful promise of so-called moderates and reformists has cost thousands of innocent lives in Iran and the entire region in the Middle East. The economic corruption and embezzlement by the regime officials have led to a health crisis for the people of Iran.

Recently research came across my desk that a person who had interviewed over three thousand people who had sold their kidneys to survive and he titled his research as the cost of kidney in Iran is less than three ounces of pistachios in some of the cities.

The other incompetence and incapable mullahs blame the medical crises on the sanctions and that is not farther than truth than this. And this is yet part of ongoing deception and propaganda by this regime. Let us be very clear that the shortage of medicine has nothing to do with the sanctions. It has all to do with this criminal mafia regime of mullahs and IRGC that has brought such crises on people of Iran.

They ship the medication, the medical supplies, and the resources that belong to Iranian people to Syria, Iraq, and Yemen. As we watched the protests in Iran, people are shouting one less embezzlement, our problem can be solved. This regime is riddle with its scandals, fraud, and embezzlement from the top of the house, starting with Khamenei himself and his office to the bottom feeders of IRGC and Basijis. They reaping off Iranian people from their resources. Iran’s health sector is hurting because of this regime, not because of the sanctions. I have firsthand information from my colleagues in Iran. The nation of Iran is under attack by this regime and has been over the past forty years every single day. We cannot and should not allow this crazy regime to stop us from resolve in chaining and working together. The maximum pressure is working. We don’t see any protest about the sanctions from Iranian people, but we see is more protests by all the sectors of society including nurses, medical professionals against the regime, because the regime belongs to the dust bin of history. I have no doubt the brave men and women of Iran will bring this regime down along with the organized resistance movement and units of MEK.

We need one day of voting in Iran to show this regime who the Iranian people love. We can and must come together united in support regime change in Iran by the Iranian people. We can and we must raise above the propaganda and fake news that this regime unleashes on us. Iran is the previous land and is one of the most unique countries in the Middle East that has such rich ethnical and religious diversity. For all the major social movement starting with the constitutional movement back about 110 years ago from my land from Azarbayjan, I’m one of descendant of Sattar Khan, to uprising of 1979 revolution to the protest of the 1980s and 1999 and 2009 and kind movement since 2017, we have shown the world that we can come together in rejection of this clerical regime just as people rejected dictatorship of Shah. We have come together at Azaries, Kurds, Arabs, Baluchis, Persians, and other ethnic groups and we are here to be united against the regime. No separation is between us; the only enemy is the regime. So, let’s unit together in exile to bring our motherland, giving her a helping hand and come together under the ten-point plan proposed by Mrs. Maryam Rajavi for a free Iran. It is truly the bases for most modern Iran. Let’s come together and rebuild our homeland with the best and brightest. But first, we must focus on making regime change in Iran a reality Starting today.