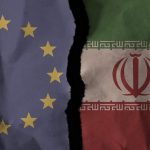 European Union is considering withdrawing from the Iran nuclear deal

The National Council of Resistance of Iran (NCRI) reported on Friday that the European Union is considering withdrawing from the Iran nuclear deal. The EU privately warned the Iranian regime that it will have no choice but to start withdrawing from the deal in November if the Iranian government follows through on its threat to take the fourth step out of compliance with the terms of the nuclear agreement.

The Iranian regime has taken three separate steps in violation of the Joint Comprehensive Plan of Action (JCPOA), commonly known as the Iran nuclear deal since the United States announced its departure from the deal and the reimposition of oil sanctions last year. The EU has struggled to preserve the deal despite the regime’s refusal to honor its terms and the failure of INSTEX, a controversial plan which would have allowed the EU to bypass sanctions in order to buy Iranian oil.

On Thursday, the United Nations nuclear watchdog issued a report stating that the Iranian regime has once again breached the nuclear deal, this time by enriching uranium with advanced centrifuges. The regime has further threatened to take further actions to step away from the deal in November.

The EU issued its warning to Tehran at a meeting on Wednesday after three signatories to the 2015 nuclear deal agreed to do so. The warning made it clear that the agreement is now on life support.

The EU informed Tehran that the issue of Iranian non-compliance would be sent to the agreement’s formal dispute mechanism if the next step away from the deal is significant.

If the dispute mechanism is triggered, both sides will have 30 days to prove significant non-compliance. If it proves necessary, global world-wide sanctions snap-backs will occur.

On Thursday, U.S. Senator Tom Cotton issued a statement in response to the Iranian regime’s latest breach of the nuclear deal. He wrote:

“While President Rouhani glad-handed world leaders at the U.N. General Assembly, his nuclear scientists were ramping up the regime’s uranium enrichment using advanced centrifuges. I urge our European allies to recognize the ayatollahs’ deceit and join us in snapping back sanctions on this murderous regime.”

The MEK and the NCRI have repeatedly stressed that nuclear weapons are key to the survival of the Iranian regime. The MEK initially uncovered the Natanz uranium enrichment site and Arak heavy water facility in August 2002, which revealed the extent of the regime’s clandestine nuclear weapons program and triggered inspections by the International Atomic Energy Agency (IAEA). The ensuing sanctions by the U.N. Security Council prevented the Iranian regime from developing a nuclear bomb, which they almost certainly would have used by now. The MEK members who uncovered the regime’s nuclear program did so at great personal risk in order to protect the world from a deadly threat.

The Iranian regime is now continuing its nuclear weapons program and must not be allowed to continue unchecked. The MEK and the NCRI believe that it is imperative that the regime’s nuclear program be dismantled in its entirety.