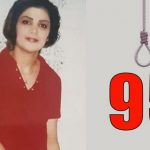 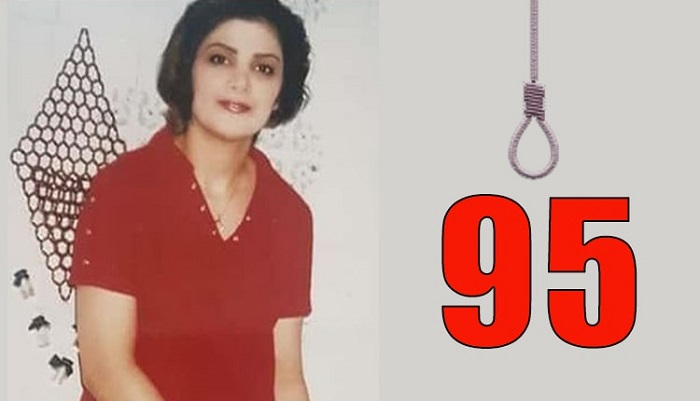 On September 26, 2019, Leila Zarafshan became the 95th woman to be executed since the regime President Hassan Rouhani took office. She was hanged early Thursday morning in the Central Prison of Sanandaj.

Zarafshan was sentenced to death five years ago for the murder of her husband and was imprisoned in the Central Prison of Sanandaj until her execution. Research indicates that women who kill their husbands tend to be victims of domestic abuse. Under the misogynistic Iranian regime, women are subjected to forced marriages and have few rights. Domestic violence is rampant, and abused women find themselves without legal protection or financial resources to leave the marriage.

Leila Zarafshan’s execution was not published in state-run press or media. This is common practice when women are executed in Iran.

Iran, with a population of 80 million people, executes more women than any other country. It also holds the record for the most executions per capita. The regime uses the death penalty as a suppressive tool to maintain its tenuous hold on power and to silence those who speak against its corrupt and incompetent policies. 80 percent of Iranians live below the poverty line, and the resulting economic and social unrest have led to widespread protests calling for regime change. The mullahs have responded with further crackdowns on dissent, including an increase in executions, floggings, and lengthy prison sentences. These punishments are carried out in a judicial system that largely ignored due process.

The regime’s crackdown has hit women particularly hard. Seven women were executed during a three-month period this summer.

The actual number of executions is likely to be much higher because most executions in Iran are carried out in secret.

Protests over Rouhani’s Presence at U.N.

Leila Zarafshan was one of ten people who were executed by the Iranian regime on Thursday. While these executions were taking place, regime President Hassan Rouhani attended the United Nations General Assembly in New York. Thousands of Mujahedin-e Khalq/MEK supporters protested Rouhani’s presence at the U.N. this week, citing the regime’s human rights record and warmongering. The MEK believes that Rouhani and the Iranian regime have no place in an organization that is meant to promote world peace and stability.