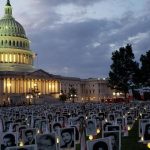 Iran 1988 massacre exhibition outside US Congress

Iranian-Americans and supporters of MEK hold an exhibition in memory of 30000 political prisoners executed in 1988 in Iran, outside the US congress on 12 Sep 2019

Members of the Iranian diaspora in Washington, DC have organized an exhibition on the victims of the mullah’s regime outside the US Congress to mark the 31st anniversary of the 1988 massacre of 30,000 political prisoners’ in Iran, mainly members and supporters of opposition group the People’s Mojahedin of Iran (also known as the PMOI, Mujahedin-e Khalq or MEK). 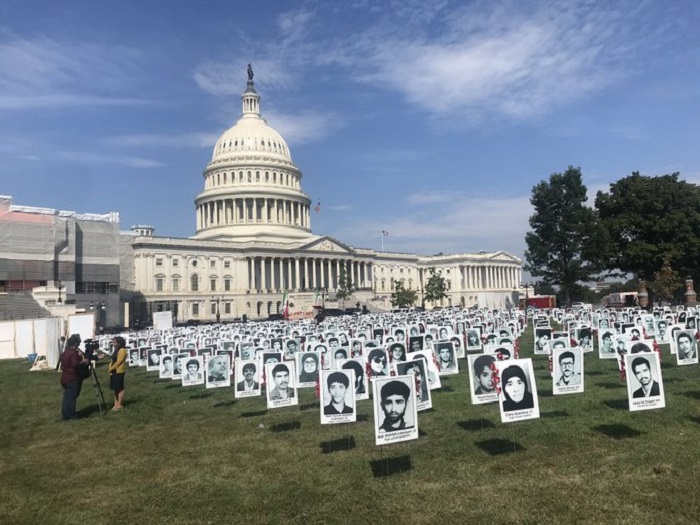 Iranian diaspora pay tribute to the victims of the 1988 massacre in Iran, in Washington DC

The exhibition, sponsored by the Organization of Iranian American Communities, contained hundreds of pictures of the massacre victims, mainly members and supports of MEK, as well as some statues depicting political prisoners who were killed by the Regime and some scenes of torture and suffering.

Democrat Eliot Engel, Chair of the US House of Representatives Foreign Affairs Committee, delivered a speech at the exhibition where he expressed Congress’s support of the Iranian people and their legitimate demands to stop the regime committing human rights violations.

He also stressed that the criminals who oversaw these executions in 1988 were given high-ranking positions in the Iranian regime rather than being prosecuted for crimes against humanity, including current Justice Minister Alireza Avaei and Head of the Judiciary Ebrahim Raisi.

Democratic Tennessee Representative Steve Cohen, Chairman of the House Judiciary Subcommittee on the Constitution, Civil Rights, and Civil Liberties, also delivered a speech, where he condemned Iran’s violations of the rights of its citizens.

Alireza Jafarzadeh, Deputy Director of the Washington office of the National Council of Resistance of Iran (NCRI), said that the exhibition, which displays real pictures of the massacre victims, sends the world a message that the Iranian people won’t forget their cause against the Regime. He explained that the point of the exhibition is to motivate present and future generations to remember the crimes of the Mullahs’ regime against the Iranian people.

Jafarzadeh explained that these violations are far from over. How could they be when the people who carried out the massacres are still in power; particularly in the judiciary sector? He then called on international non-governmental organizations and the United Nations to investigate the Iranian Regime for the 1988 massacre, which is a crime against humanity, and the ongoing human rights violations of the Iranian people.

So far, the only people who have gone to jail relating to the massacre are those exposing it, including many families of the victims.

Earlier, the representatives of the UN Human Rights Council in Geneva, Switzerland, urged the international community to find justice for the victims so that the Regime could not repeat such crimes.