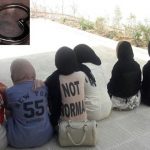 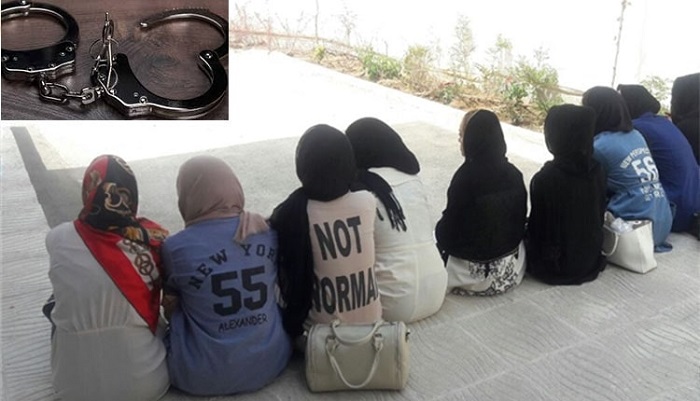 Members of the Voice of Iranian Women Association are facing increasing pressure from the regime’s judiciary and intelligence agencies, largely due to their participation in International Women’s Day gatherings earlier this year. They are facing a number of charges for their peaceful activism, including “promoting corruption and prostitution,” “formation of the Iranian Women Association,” “association and collusion against national security,” and “propaganda against the state.” The group’s members are currently either imprisoned and waiting in limbo or enduring escalating pressure from the regime’s judiciary and intelligence ministry. 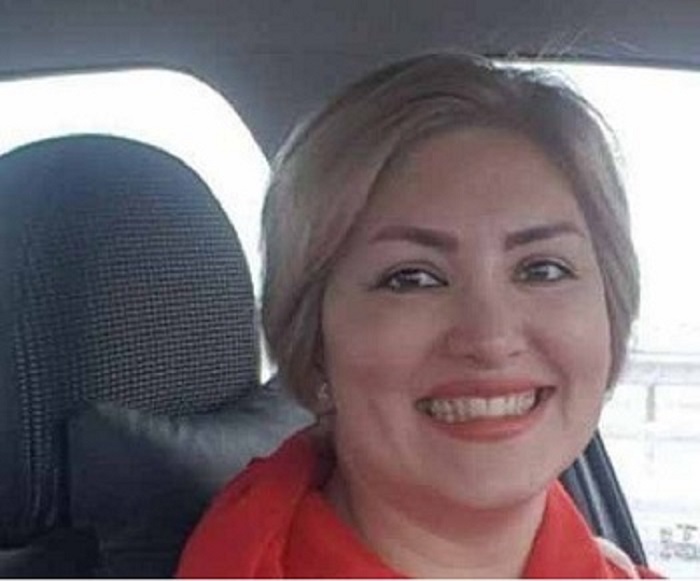 of the Prosecutor’s Office at Evin Prison on When they reported to the office on September 8th, they were informed that they bail had increased. Both women were freed after paying the higher bail bonds. The two women were arrested on April 2019 for giving speeches in Tehran on International Women’s Day and held for a month before being released on bail. 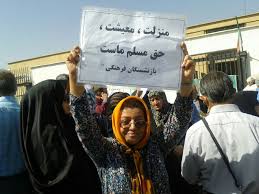 Retired teacher, Mahboubeh Farazhzadi, during a demonstration. The sign reads: Dignity, livelihood, is our indisputable right.

Retired teacher Mahboubeh Farahzadi, also a member of the Voice of Iranian Women Association, received a summons on September 3, 2019, to report to Prosecutor’s Office at Evin Prison. She was interrogated by regime agents for several hours there on September 8th. 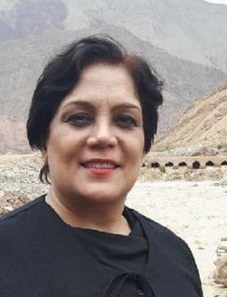 Maryam Mohammadi a women’s rights activist, who has been imprisoned since April 2019

Another member of the Voice of Iranian Women Association, Maryam Mohammadi, is currently being held in Iran’s notorious Evin Prison. She was arrested on July 8, 2019, in the city of Garmsar and placed in solitary confinement in Ward 209 in Evin Prison. Ward 209 is operated by the regime’s Intelligence Ministry. Political prisoners who are sent to this ward are interrogated and frequently tortured. After one month, Mohammadi was transferred to the Women’s Ward at Evin. Her currently legal status has not been determined. 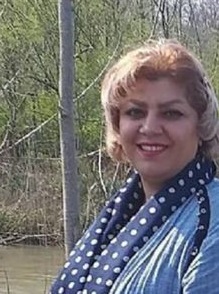 Voice of Iranian Women Association member Esrin Derkaleh has been detained in Ward 209 of Evin Prison for more than 40 days. She was arrested on July 28, 2019, in Garmsar. She was also targeted for giving a speech in Tehran on International Women’s Day. Derkaleh was born in 1983 and is the mother of an 18-year-old child. Her legal status has also not been determined.

On September 11, 2019, the attorney for imprisoned student activist Leila Hosseinzadeh announced that the regime prosecutors have filed a new charge against his client.

Hosseinzadeh is a graduate student in Anthropology, a member of Voice of Iranian Women Association, and the Secretary of the Student Central Council at Tehran University. She was also part of the International Women’s Day gathering in Tehran this spring and is currently serving a 30-month sentence in Evin Prison. She was convicted of “association and collusion against national security” and “propaganda against the state” on June 24, 2019, for participating in the peaceful rally for women’s rights. Hosseinzadeh will also be banned from leaving Iran for two years after the completion of her sentence

The new charge stems from her participation in a January 2019 birthday ceremony for another imprisoned student outside the Industrial Sharif University in Tehran.

Condemnation from the MEK

The Mujahedin-e Khalq (PMOI/MEK) strongly condemns the oppression of women under the misogynistic regime. The MEK and the National Council of Resistance of Iran (NCRI) are committed to ending the twisted laws that silence women and force them into submission. The Iranian Resistance has women at the highest levels of leadership, with Mrs. Maryam Rajavi as its leader, because it recognizes that as the primary victims of the regime’s oppression, women are its strongest opponents.