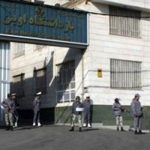 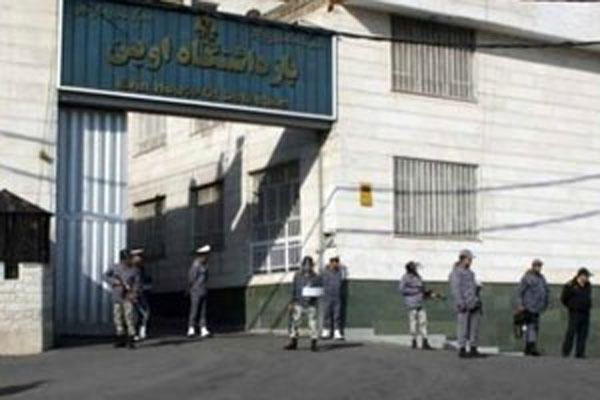 Conditions in Iran’s notorious Evin Prison worsen by the day.

Iran’s Evin Prison is notorious across the world for its squalid conditions and the brutal treatment of the inmates incarcerated there. The prison has been described as a “dungeon” and a “hellhole” that fails to meet even the low standards expected of Iranian prisons by the regime itself. MEK members and other political dissidents are held in Evin Prison along with regular criminals and have described shocking instances of torture and neglect while incarcerated in the infamous prison.

Recently an inmate at Evin Prison wrote about conditions at the prison, providing new details about daily life at the overcrowded and inhumane institution.

#Iran: Prisoner Describes Hellhole Conditions
Iran’s Evin Prison has been described as a “dungeon” and a “hellhole” that fails to meet basic standards for prisoner health and safety, even by the Regime’s standards…https://t.co/fKKItHb6ac pic.twitter.com/x9t0hWAd4n

The prisoner described basic eating and sleeping arrangements in terms that would be cruel if they were applied to animals: “The wards of Evin Prison are packed with inmates, far higher than the capacity,” he wrote. “Twenty to twenty-five inmates are held in one room, most of whom sleep on the floor. The food is very poor in quality. They use soya in the food that is specially made for livestock. The food literally cannot be eaten. There is no sign of vegetables or any protein-rich foods. The inmates are served half-cooked rice and soya on a daily basis.”

According to prison rules, inmates are entitled to a loaf of bread with each meal, but rations have been cut across the prison, and currently, prisoners only receive approximately half of that.

Inmates who can afford to do so can buy additional food through the prison store, but the quality is poor, fresh fruit only arrives every three weeks, and the prison marks up prices by at least 20% over retail, forcing many inmates to do without because of the high cost.

Inmates are also not provided with basic hygiene items and necessities that are required for daily living. The prisoner reported that inmates are required to purchase trash bags to clean their cells. Those who cannot afford to do so must instead perform chores, such as cleaning or picking up garbage.

Other items that used to be provided are no longer given to inmates. The prisoner wrote: “Each inmate must receive one razor, some tide, shampoo and a small towel, toothpaste, and a toothbrush. In the past four months, they have no longer provided toothpaste, toothbrushes or towels. Other hygiene necessities have been cut in half and shampoo is only provided once every two months.”

Close quarters, lack of basic hygiene items, and scarcity of nutritious food lead to frequent illness among the prison population. Inmates who do get sick are rarely treated though. The prison’s medical clinic is understaffed, and the prison has no medicine.

“In regards to those who become ill, there is literally no medical care,” the prisoner wrote. “There is not even any medicine or medical care for simple cases of colds. Doctors only visit a very limited number of inmates each day. Each section with 200 inmates is only allowed to send five people for such visits. Even if you are able to be visited there is literally no medicine. Prison authorities say, ‘A noble individual must be found to purchase medicine because the prison has no responsibility in this regard.’”