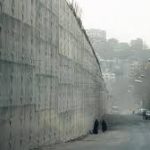 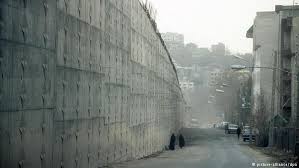 Evin prison, one of the most notorious prisons, where thousands of MEK supporters had been held, tortured and executed for standing firm in their struggle for freedom.

Conditions in Iran’s infamous Evin Prison are deteriorating rapidly, according to reports from MEK sources. Poor food quality, lack of basic hygiene supplies, and unavailability of medicine are all among the issues affecting the inmates at Evin Prison.

After 2 weeks the family of human rights activist Behnam Musivand #بهنام_موسیوند visited him in #Iran’s Evin Prison. He was in poor health. He was taken to an unknown location again. #بهنام_موسیوند_کجاست #FreeThemAll pic.twitter.com/EBHeONARW3

The prison, located in Tehran, has long been known for its brutal practices and inhumane conditions. Human rights groups, including Amnesty International, have repeatedly condemned the appalling conditions at Iranian prisons, specifically Evin Prison. This makes the current decline in conditions particularly disturbing.

No news on #HumanRights activist Saeid Seifi, who has been arrested on Feb.1 and transferred to ward 209 of #Iran 's Evin Prison. He has been deprived of family visit. #FreeThemAll pic.twitter.com/G5F9ekIzsW

Reports indicate that the quality of food at Evin Prison has declined markedly over the past few months and is getting worse every day. The prison does not serve meat and only provides soy as a protein source. Inmates have described the food as inedible. Some sources have described the provision of substandard food as a deliberate act by authorities to harass the inmates.

Other reports say that the regime has decreased food rations by half over the past months. Those who do not have money to supplement their diets at the prison commissary are left to go hungry. Political prisoners are disproportionately affected by these practices.

Medical patients in the prison’s clinic are kept in unbearable conditions. The clinic does not have a functional heating system, and there is not sufficient medicine for the patients. Medical staff act in an unprofessional manner toward their patients, which furthers their suffering.

Rouhollah Mardani, held in Evin Prison has been on hunger strike since Dec. 7, to protest being denied medical treatment & inhumane prison conditions.
Mardani was sentenced by a preliminary court to 6 years in prison for taking part in peaceful #Iranprotests pic.twitter.com/yO8mrz9ups

Medical care is severely lacking in Evin Prison, and inmates who become severely ill are not transferred to hospitals for treatment. Anyone who becomes very sick at the prison may face death due to the neglect of medical staff.

Imprisoned Iranian teacher and trade unionist Mohammad Habibi is in poor health and is being denied the urgent specialized medical care he needs in #Iran Evin Prison#HumanRights https://t.co/6yNWCuDSpC pic.twitter.com/5whckKKoe4

Inmates at Evin Prison suffer greatly in winter. Prisoners are not given hot water for showers, and heating appliances are turned off. The resulting cold causes a number of illnesses among the prison population.

Overcrowding in many of Iran’s prisons have led to appalling hygiene conditions. Disease is rampant. Inmates in some prisons are left without beds and must sleep on the floor in hallways.

Political prisoners are often placed alongside violent criminals in Evin Prison in order to intimidate and harass them. The Iranian regime has stepped up its crackdown on political protesters in the wake of the widespread protests that have taken place over the past year. The regime hopes that it can suppress the protests with brutal acts of intimidation. The people will not be silenced though. The MEK and the Iranian Opposition will continue to protest with the Iranian people until the regime is toppled and the mullahs’ reign of terror is over.