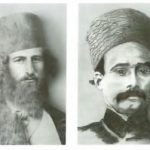 MEK-Iran: 120 Years of Struggle for Freedom

Written by Admin on September 9, 2019. Posted in MEK’s History, NEWS

Historical leaders of 120 years of Iranian struggle for freedom

Iranians refer to the early part of the 20th century as the “Age of Awaking” from the bondage of the absolute monarchy under the Qajar Kings. The Constitutional Revolution of 1906 marked the culmination of a broad movement of a quarter-century by the people of Iran to break free from monarchic despotism and propelled the nation’s popular movement for a modern democratic state.

Gradually, freedom fighters were suppressed and dictatorship returned and finally a British-backed coup installed an illiterate officer, Reza Pahlavi, to the throne in 1921. The wartime Allies forced Reza Shah to abdicate due to his Nazi sympathies in 1941. His son, Mohammad Reza assumed the reins of power. The Iranian people’s movement for democracy, forced the new Monarch into retreat, enabling Dr. Mohammad Mossadeq to become the Prime Minister in 1951. The popular Prime Minister nationalized Iran’s oil industry, which was until then controlled by the Anglo-Iranian Petroleum Company. The move drew the ire of the British, who along with the United States and the backing of the Royal Court and the reactionary clerics, engineered the August 1953 coup that toppled Mossadeq’s government.

The increasingly brutal dictatorship of the Shah, which had suppressed all forms of peaceful and reformist political opposition, led to the founding in 1965 of the Mujahedin-e Khalq (PMOI/MEK) by three Muslim university graduates,  Mohammad Hanifnejad, a 26-year-old agricultural engineer, Saeed Mohsen, a civil engineer, and Ali-Asghar Badizadegan, an assistant professor in chemical engineering.

The #PMOI/MEK founders offered their lives to entwine the organization’s fate since its inception with sacrifice to the price of freedom. #FreeIran2018#Iranhttps://t.co/VJ8UWTQ7F9 pic.twitter.com/Z3c7hxBH5M

The MEK challenged both the Shah’s regime and the fundamentalist interpretation of Islam espoused by the clerical establishment, which by and large supported the status quo.

The founders’ advocacy of a tolerant and democratic Islam had tremendous appeal not only among Iranian intellectuals but also among the middle class and the bazaar, the pillar of Iran’s economy. Considering itself as the disciple of Dr. Mossadeq, the MEK founders’ active resistance to the Shah, inspired the Iranian people to join the anti-monarchic movement.

Despite the execution of its founders by the Shah’s secret police, SAVAK in 1972 and the clerical regime’s brutal onslaught on the MEK, resulting in the murder of 120,000 of its members and sympathizers, the organization has emerged as the largest and best-organized opposition movement. On September 6, 2019, it celebrated the start of its 55th year at an elaborate event at the organization’s new home in Albania, Ashraf 3. 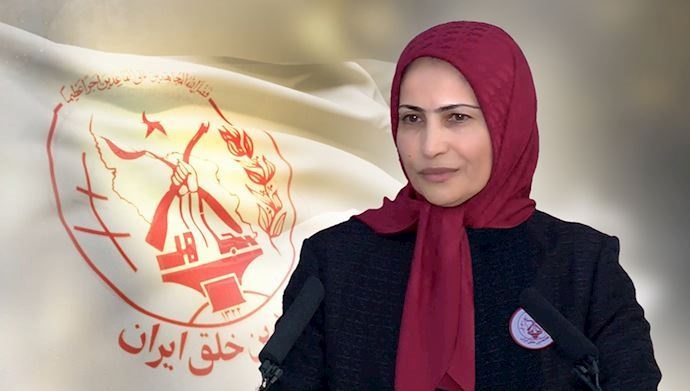 “In the past half-century, throughout trials and tribulations, you supported your organization and movement. The 54th anniversary of this organization is the result of your toil and is your victory. On behalf the members and supporters of MEK, I would like to salute our great founders Mohammad Hanifnejad, Saeed Mohsen and Ali Asghar Badizadegan. By sacrificing their lives, they made a breakthrough and started a new era in the history of Iran. And we salute our (MEK’s historical leader) Massoud Rajavi and (NCRI’s President-elect) Maryam Rajavi who have set an example of sacrifice and honesty in the history of struggles for freedom.”

Now, after so many years and so much hardship and suffering, the struggle of Iranian people has reached a turning point. Freedom and democracy are within reach as never before.

“has a much deeper root than international sanctions and major loss of revenues. Owing especially to the impact of the protest movement and the organized resistance, the mullahs have reached a point where they lack the capacity to reproduce the source of their survival. Western government’s appeasement policy, fake reformers, and other parties assisting the regime have run out of steam. While facing the prospects of being overthrown, the velayat-e faqih regime, unlike previous periods, has no savior and is rapidly moving towards its demise.”

“At this juncture, the active resistance of the MEK, the Resistance Units and Councils as well as this movement’s unrelenting political campaign internationally aimed at defeating the conspiracies of the mullahs and their advocates and restoring the rights of the Iranian people and Resistance, has brightened the prospects of the regime’s overthrow,” Ms. Merrikhi added.