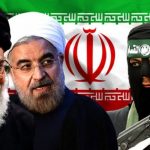 Members of the Peoples Mojahedin Organization of Iran (MEK Iran) with intelligence sources in Iran revealed new information about the extent of the Iranian regime’s use of terrorist proxy groups to the U.K. Daily Star newspaper.

#IRAN has a massive network of terrorist cells which are ready to step up attacks in the worsening crisis in the Middle East, Daily Star Online can reveal @gobadi https://t.co/m726lxCaWe

According to the August 3rd report, the Iranian regime uses proxy groups overseen by the Islamic Revolutionary Guards Corps’ (IRGC) Quds Force to carry out operations in Europe and the United States

In its report, the Daily Star wrote: “The People’s Mojahedin Organization of Iran (PMOI)—an opposition group which advocates the overthrow of the regime—warned the worsening political situation will see more use of these so-called proxies.”

Iranian regime proxies have been linked to incidents in Europe, the U.S., South America, Asia, and Africa.

Current tensions with the U.S. have led to a number of attacks on tankers in the Strait of Hormuz, which have also been linked to regime proxies. 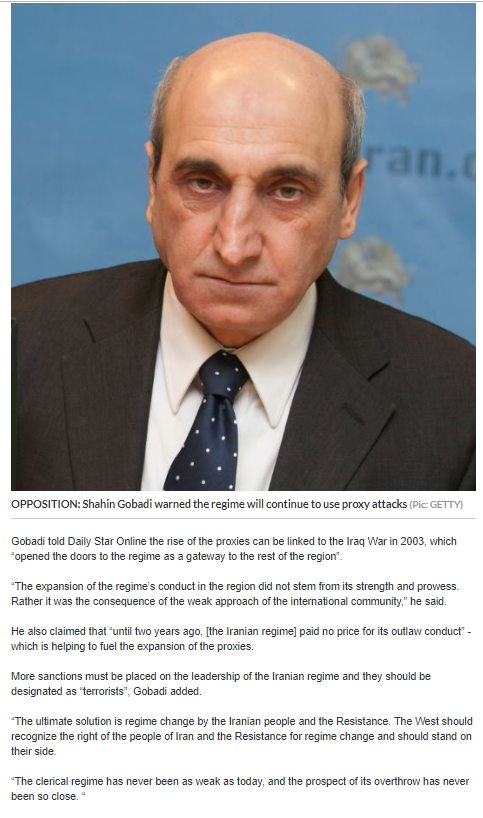 Crises from all Directions

Shahin Gobadi, the spokesman for the MEK, was interviewed by the Daily Star about the regime’s increasing aggression. He warned that the mullahs are “facing crises from all directions.”

“In this situation, the mullahs’ only solution is resorting to stepped-up suppression, more arrests, more terrorism and extremist measures abroad to maintain the regime’s balance and to prevent the situation from further deteriorating,” Gobadi explained.

“Export of extremism, terrorism, and belligerence in the region have been a pillar of survival of the clerical regime for the past 40 years,” he continued.

“This pillar has complimented the other pillar, total repression and suppression,” Gobadi added.

The Daily Star report also wrote that MEK officials believe that the Iranian regime is now training foreign mercenaries to work as proxies. The Lebanese Hezbollah terrorist group is one of the largest of these groups linked to the regime, receiving approximately $1 billion a year from the Iranian government.

“Hezbollah has played a key role in the regime’s terrorism even outside of the Middle East,” said Gobadi.

“Hezbollah explicitly confessed that Iran provides everything, from money to weapons, ammunition, food, and clothing to Hezbollah and that without the clerical regime in Iran, Hezbollah cannot continue its survival,” he added.

The Solution is Regime Change

According to Gobadi, the growth of proxy forces can be traced back to the 2003 Iraq War, which “opened the doors to the regime as a gateway to the rest of the region.”

Gobadi explained, “The expansion of the regime’s conduct in the region did not stem from its strength and prowess. Rather it was the consequence of the weak approach of the international community.”

Gobadi stressed that the international community must impose further sanctions on the Iranian regime and designate the regime and its proxies as terrorists.