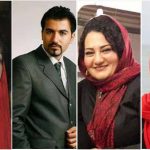 Regime Official Claims There Are No Political Prisoners in Iran 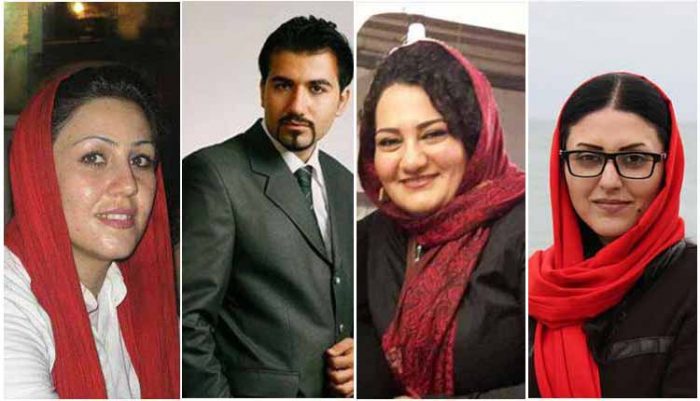 Some of the publicly known political prisoners, now serving in Iranian regime prisons.

Gholamhossein Esmaili, a spokesman for the regime’s judiciary, denied that Iran had any political prisoners in custody in a recent televised interview. This is despite the thousands of political protesters, journalists, religious minorities, and human rights activists who are currently imprisoned in Iran for their political or religious beliefs.

“Those who sometimes claim (to be political prisoners) are those who have committed crimes against security,” Esmaili added.

The judiciary spokesman also mentioned MEK members who have been imprisoned for their resistance activities, saying that they were working against “the system and the revolution” and therefore did not qualify as political prisoners.

According to a 2018 Human Rights Watch report on Iran, there are about one thousand political prisoners currently incarcerated in the country. The list of prisoners includes those affiliated with political groups, as well as journalists and religious minorities such as Bahais, Dervishes, and recent converts to Christianity. The correct number is of course much higher than this.

Two recent deaths have brought attention to the plight of political prisoners under the Iranian regime. Both occurred under suspicious circumstances.

Amnesty International recently reported the suspicious death of Benyamin Alboghbiesh. The 28-year old Ahwazi Arab was arrested in Ahvaz, southwestern Iran, on May 26th. On June 26th, his family was informed by a man they believe to be affiliated with the Revolutionary Guards that he had died in detention. Authorities have still not returned his body for burial.

Benyamin Alboghbiesh was a healthy 28-year-old man when he was arrested in Iran in May. His alarming death just over a month later raises serious concerns about his treatment and conditions of detention, including the possible use of torture https://t.co/qDwxb4bLrd

“Benyamin Alboghbiesh was a healthy young adult when he was arrested. His alarming death just over a month later raises serious concerns about his treatment and conditions of detention, including the possible use of torture. The Iranian authorities must immediately order an effective and impartial investigation into his death, including an independent autopsy,” said Philip Luther, Research and Advocacy Director for the Middle East and North Africa at Amnesty International.

Prior to this, another political prisoner died under suspicious circumstances in Fashafuyeh Prison.

The Iranian regime has used violent criminals to murder political prisoners in the past.

Shir Mohammad Ali was imprisoned for blasphemy,” “insulting the founder of the Islamic Republic,” “insulting the leader,” and “spreading propaganda” against the regime.” These are all considered security violations, which the regime does not consider political crimes. These charges are typical of those faced by other political prisoners in Iran.