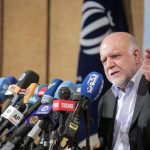 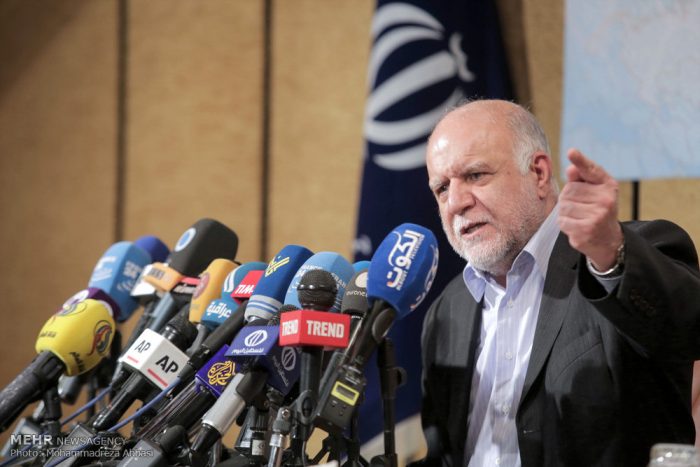 Regime Oil Minister warns various factions within the regime from the main opposition, the MEK.

Iranian Oil Minister Bijan Namdar Zanganeh acknowledged the failure of the regime to bypass U.S. smart sanctions in a June 8th interview with the Islamic Consultancy Assembly News Agency. Zanganeh said that the MEK’s influence in the White House was to blame for the success of the sanctions.

The regime in #Iran is signalling loud and clear its opposition/alternative.
PMOI/MEK#IranRegimeChangehttps://t.co/Z83blHntXG

“The smart sanctions imposed by the U.S. have reached a point where all paths countering sanctions are blocked. In this recent round [of sanctions], the U.S. has made it more difficult to circumvent the sanctions and we are struggling hard to surpass this period,” Zanganeh said.

Zanganeh explained how the U.S. had evolved in its implementation of sanctions, making it impossible for the regime to counter them.

“The ports of other countries are put under sanctions. In the previous period, United Nations sanctions were persistent. This time around, however, the U.S. personally is persisting and its resolve to implement these sanctions is increased many times in comparison to the past and it has created a sophisticated organization for it. Over the past five or six years, the Americans have reached an evil maturity regarding the so-called smart sanctions. It means they’ve reached a point where they want to prevent all our paths of countering sanctions,” Zanganeh complained.

“The difference now with the [1980s Iran-Iraq] war era is that back then we could sell any amount of oil we wanted. We did not have a problem procuring ships and, of course, we could receive the oil money from any bank in the world and buy any goods with it. Now, selling oil, getting ships, and moving money and even buying many types of goods have become difficult. This round of sanctions is even very different from the last one. In fact, the harshest organized sanctions in history have been implemented and applied against the [Iranian] regime. Therefore, we need to know what an extreme war we are facing. If we don’t understand this extremity and difficulty, there will be wrong analysis,” he added.

No Waivers for Iranian Oil

Zanganeh noted that the U.S. is no longer issuing waivers to any countries for Iranian oil imports.

“Right now, there isn’t even a single country that has waivers to buy oil from Iran, and even natural gas condensates are added to the sanctioned items. The shipping and banking sanctions are harsher than the previous time,” he said.

Zanganeh claimed that covert U.S. agents contacted the regime under the pretense of buying oil in order to collect intelligence about Iran’s mechanism for bypassing sanctions.

“There were maybe about ten individuals who contacted us every day to buy oil. However, 70 percent of them were not real customers. Chances are they were seeking our intelligence about how we sell oil and how we want to receive our money. They want to find out everything about our system,” he said.

Factions United against the MEK

The Oil Minister concluded his interview with a call for unity within the regime’s leadership. Zanganeh encouraged opposing factions to treat each other with kindness and to blame the MEK for their problems.