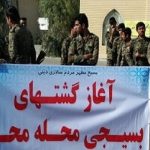 MEK-Iran: Regime-Affiliated Groups Use Thuggery and Intimidation Against Political Opposition in Iran 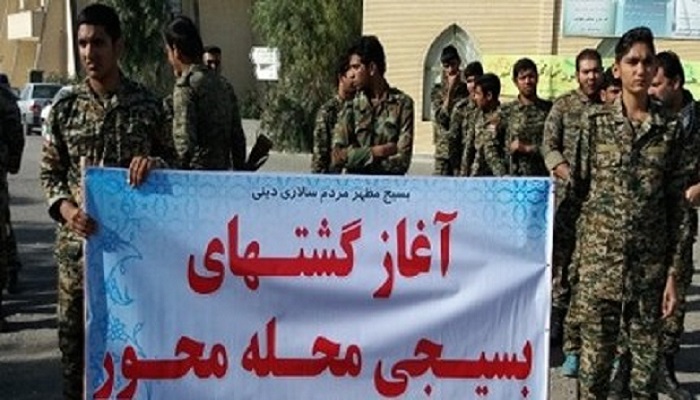 The Iranian regime has taken steps to strengthen its repressive measures in northern Iran. In Gilan Province, the regime has assembled more than 2,000 groups to maintain order and quash social unrest.

These groups use tactics of violence and intimidation to maintain order. The regime’s thugs issue verbal and physical warnings to locals in an attempt to deter them from joining the rising opposition movement and participating in protests.

Among the tasked assigned to these extra-judicial groups is the enforcement of the regime’s strict veiling laws. In his address to senior IRGC and Basij figures, Abdullah-Poor said, “The issue of ‘chastity and hijab’ (attire rules) are no ordinary matters. In fact, they are considered political and security dossiers for the country.”

He accused the governments of the US and Europe of “focusing on encouraging our people into a Western lifestyle.” He claimed that the groups had issued more than 28,000 warnings for veiling infractions on their weekly patrols.

A Knee-Jerk Response to the Deteriorating Situation

The motives behind the regime’s crackdown on civil freedoms in northern Iran is clear. Over the last 18 months, since the 2018 nationwide uprising, the Iranian opposition has been gradually amassing support. Protests now take place on a near daily basis across the country.

The regime has suffered a loss of face at the beginning of 2018 when nationwide protests engulfed all 142 of Iran’s major towns and cities. Not only were the people making their firm opposition to the regime know, but the regime has also been unable to restore order for two weeks.

It is determined to prevent a repeat of 2018. Public protests have now spread to all of Iran’s major industry, drawing support from Iranians from all walks of life and from all segments of a democratic society.

In three months of 2018 alone, there were major uprisings in Kazerun, Tehran, Khuzestan, Karaj, Isfahan, and Shiraz. The volume and frequency of these protests have increased by 100% on the previous year’s levels.

The regime has proven itself incapable of solving any of the economic and social problems that plague Iranian society. The protests, therefore, will not let up. To preserve its grip on power, the regime is resorting to violence, intimidation, and repression.

As the regime becomes weaker and the protest movement becomes stronger, the mullahs increase their repressive measures.

The pressure is mounting. With each passing day, the overthrow of the regime looks increasingly inevitable.

The resistance units of the People’s Mujahedin Organisation of Iran (MEK) work tirelessly in Iran’s cities and towns to oppose the regime’s corruption, human rights abuses, and malign activities. Their work has been a deciding factor in the sustained momentum of the opposition movement.

Resistance units organize protests and help crack the atmosphere of fear and repression the regime attempts to instill across the countryside and cities.

Even the regime has been forced to acknowledge the success of the MEK and its resistance units. In January, the Supreme Leader Ali Khamenei accused the US of plotting protests with the MEK and another “wealthy Persian Gulf country.”

The Regime’s Crackdown on the #MEK Only Serves to Demonstrate Its Effectiveness https://t.co/K0cReN7NSg #FreeIran #IranProtests @USAdarFarsi

Zare’ee, an IRGC commander, also said the MEK was “inspiring the young generation.” An advisor for the regime’s cyber warfare preparations estimated that the MEK played a role in the organization of 90% of Iranian protests. He told the state-run Fars news agency: “They have infiltrated all strata; the truckers and the bazaar merchants. They are guiding them.”

The climate of fear of the MEK’s capabilities is guiding the regime’s response to sustained public pressure. The crackdown on political opposition is designed to threaten and intimidate the MEK and its supporters in an attempt to get them to end their campaign of peaceful protest.

But experience has shown that the protests will grow more every day despite all repressive measures until this regime is overthrown by people and their resistance.