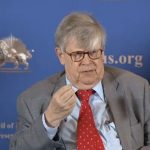 Iran Is Six to Eight Months away from Developing a Nuclear Weapon, Warns Former UN Official 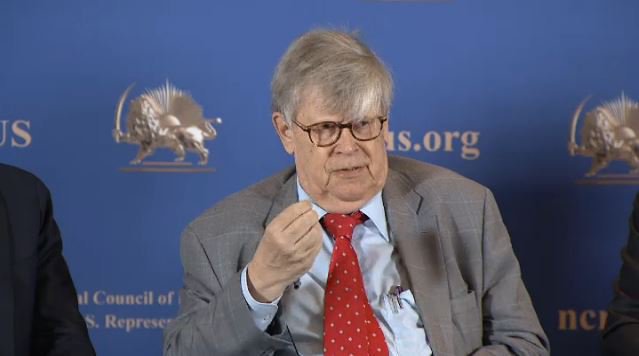 Olli Heinonen the former Deputy Director of the International Atomic Energy Agency (IAEA), During a Conference in the offices of the National Council of Resistance of Iran (NCRI)-U.S. representative office – May 9, 2018

Olli Heinonen, the former Deputy Director of the International Atomic Energy Agency (IAEA), warned that the Iranian regime could develop a nuclear weapon in as little as six to eight months and that the international community would be unable to ensure global security if they are allowed to reach nuclear capability. He said that claims to the contrary by current IAEA officials are incorrect, according to a June 5th report on the Newsmax website.

The IAEA acts as a nuclear watchdog for the United Nations.

Proof of the mullahs' regime in #Iran violating the 2015 nuclear deal (JCPOA).https://t.co/9g92I5SsAl

Heinonen asked, “How will you be able to ensure your security if Iran achieves nuclear abilities?”

Heinonen also stressed that the United States’ departure from the Joint Comprehensive Plan of Action (JCPOA), or Iran nuclear deal, and subsequent reimposition of oil sanctions on the Iranian regime would not be enough to prevent Iran from developing nuclear capabilities.

“The ayatollahs can handle the new sanctions, and in the meantime, they’re making new centrifuges,” Heinonen said.

U.S. Senator Ted Cruz (R-Texas) recently spoke up to say that Iran has been cheating with its nuclear program.

“In addition to secretly storing blueprints for nuclear weapons and refusing to turn over materials related to their nuclear weapons program, now they have pushed the envelope so far on centrifuges that the cheating can no longer be denied,” he said.

End of the Era of Appeasement

The United States withdrew from the Iran nuclear deal in May 2018 because the regime had continued their nuclear and missiles programs despite the terms of the deal. The U.S reimposed sanctions on Iranian oil late last year, crippling the already failing Iranian economy and adding more fuel to the flames of the Resistance movement that began in December 2017.

The move was met with outrage by the mullahs, who had long depended on the Western policy of appeasement to continue their malign activities without fear of reprisal. Regime officials boasted that they had never discontinued their nuclear program at all, even as European leaders struggled to save the nuclear deal.

Europe finally took some action against Iran after regime agents plotted a series of foiled terrorist attacks against the MEK in 2018. A number of regime Ministry of Intelligence and Security (MOIS) agents and diplomats were blacklisted and expelled from European countries, and the E.U. imposed sanctions against the MOIS.

The IRGC is the entity responsible for the regime’s nuclear weapons program, as well as its foreign terrorist operations and its domestic suppression efforts.

Iran’s economy is in shambles, due to the regime’s own incompetence and corruption. The IRGC’s terrorist designation has choked off its funding for its warmongering in the region and diminished Iran’s influence in the Middle East. Anti-regime sentiment in the country has reached a fever pitch, and people are protesting on the streets for change. The mullahs are left with few options. It would be a mistake to underestimate their capacity to develop a nuclear weapon.