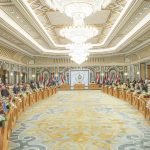 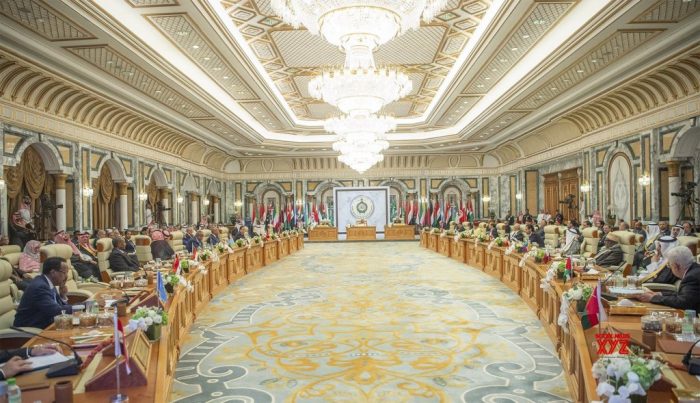 Leaders of Arab states across the region and the Gulf Cooperation Council gathered in Mecca to discuss the Iranian regime’s attacks on ships and oil facilities in the Middle East-May 31, 2019

On the final Friday of Ramadan every year, the clerical regime in Iran holds its annual “Quds Day”. It parades its Basiji mercenaries in the alleged support of the Palestinian people.

The Iranian population often boycott the celebrations, refusing to participate in the propaganda spectacle. This year was no different. Nobody attended the regime’s state-run shows. Only the Iranian authorities were visible in the streets, a visible reminder that the regime has lost any support from the Iranian people.

Hate spreading display of the #Iranian regime on the occasion of the “Quds Day” https://t.co/pM3N8Gptjv

The spectacle was used as an opportunity to push the regime’s messages. Regime authorities burnt US  flags while chanting, “death to America!”

In a video widely circulated on state-affiliated social media accounts, a group of Basiji mercenaries burned a dummy bearing resemblance to US President Donald Trump.

In interviews with the state-run media outlets, officials on the sidelines of the event touted the imminent demise of the Israeli state. The Head of the Revolutionary Guard’s (IRGC) intelligence said: “The deteriorating trend of the Zionist regime shows that the solution is always resistance against the arrogant.”

The irony of his message was blatant. On Thursday, May 30, just hours before he made the comments, leaders from Arab states across the region and the Gulf Cooperation Council gathered in Mecca to discuss the regime’s arrogant attacks on ships and oil facilities in the Middle East.

#Iran Regime's Deception Tactics to Neutralize Arabs' Policy
The Foreign Affairs Committee Chair of the National Council of Resistance of Iran (NCRI), @Mohaddessin, discussed the situation during his interview with the London-based Elaph website…https://t.co/ok42OXC1qX pic.twitter.com/l56ytD3ROk

A Regime in Isolation

The episode only served to reinforce the fact that the regime increasingly finds itself isolated on the international stage. Heads of state like President Mahmoud Abbas are not willing to appease the Iranian regime and stand by while it engages in malign and disruptive behavior in the region.

This policy of appeasement from international governments has played a central role in keeping the regime in power for the last four decades. As governments refuse to turn a blind eye to regime infractions, the regime will find itself increasingly isolated.

The Iranian opposition and the People’s Mujahedin Organisation of Iran (MEK) have called for other international governments to follow the US’s lead in tackling the Iranian regime’s malign influence across the globe. It has called for other nations to endorse economic sanctions and list Iranian organs of repression and terrorism as international terrorist organizations.