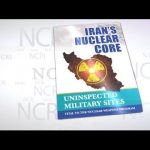 The recent revelation of the National Council of Resistance of Iran (NCRI) on regime’s clandestine Nuclear program.

A French court in Aix en Provence has approved the extradition of an Iranian missile expert to the US to face charges. Jalal Rohollahnejad, an aerospace engineer attempted to illegally transfer US military technology to Iran.

Rohollahnejad was arrested on arrival in southern France in February. Authorities took him into custody at Nice Airport after he arrived on a flight from Tehran via Moscow. A French court rejected a bail request.

Rohollahnejad is accused of attempting to import military-grade industrial microwave systems and anti-drone systems into Iran via the United Arab Emirates (UAE). The technology is a key component in many high-power weapons.

The engineer has links to Rayan Roshd Afszar, an Iranian company tied to the regime’s Revolutionary Guards (IRGC). The IRGC and its subsidiaries were recently designated as a foreign terrorist organization by the US government.

If Rohollahnejad is convicted, he could serve up to 60 years behind bars in the US.

Rohollahnejad’s extradition comes on the back of a discovery of a 55,000-page tome describing Iran’s clandestine weapons development program. The document reveals the regime’s extensive attempts to construct five nuclear weapons and an underground testing facility within Iran.

Under the Ahmad Plan, the regime sought to develop a shock wave generator system. The system is used in nuclear weapons to initiate a charge that would cause weapons-grade plutonium to reach a supercritical mass and generate a nuclear explosion.

For very first, #NCRI and @Mojahedineng revealed the secrets of hidden nuclear projects of Iranian regime to world during a press conference in DC, on AUG 14, 2002. For this, @Maryam_Rajavi ought to be nominated for Noble Peace Prize. #FreeIran #IStandWithMaryamRajavi #چهل_سال pic.twitter.com/5CQBzSeEl2

The People’s Mujahedin Organisation of Iran (MEK), the largest Iranian opposition group, has long maintained that the clerical regime in Iran has violated the terms of the nuclear deal negotiated with the P5+1 in 2015. Since 1991, the group has worked tirelessly to expose more than 100 secret nuclear projects and has played a key role in preventing the Iranian regime from achieving its nuclear ambitions.

The US Secretary of State Mike Pompeo shared the MEK’s suspicions. In an arms state compliance report, the State Department revealed it has misgivings about the regime’s intentions to resume its nuclear development program.

The discovery of Rohollahnejad’s activities only serves to further confirm the existence of a clandestine weapons program within Iran. The regime did not abandon its weapons programs in 2015.

The regime relies on its nuclear ambitions as a source of its power. While the clerical regime remains in charge, it will not stop its weapons programs. The only way forward to guarantee a nuclear-free Iran is to topple the regime and usher in a new democratic era.