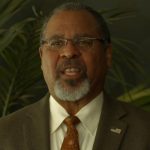 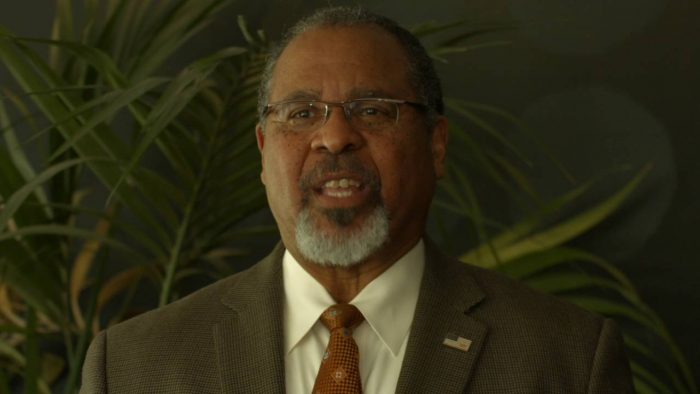 Former US Ambassador to the United Nations Human Rights Commission Ken Blackwell wrote an op-ed in Townhall, the conservative US news and analysis site. Blackwell’s piece, entitled ‘America’s Assertive Iran Policy Must Continue’, called on the US government to maintain pressure against the Iranian regime and confront Iranian aggression with a focused campaign of financial and diplomatic efforts.

Blackwell began by praising the Trump administration’s Iran policy, however, expressed concerns about the pace of its progress.

He lamented the fact that it took the US government until May of 2018 before the Trump administration withdrew from the Iranian nuclear deal, despite it being a campaign promise. He also mentioned the year delay between withdrawing from the deal and ending the waivers granted to countries importing Iranian oil.

Despite the slow pace of change, Blackwell said that “The administration’s strategy for dealing with Iran and facilitating comprehensive change in its behavior has moved from merely ‘assertive’ to ‘unprecedented’,”.

Of particular note for Blackwell was the decision to designate Iran’s Revolutionary Guards (IRGC) as a foreign terrorist organization. The previous US and European governments deliberated but ultimately elected not to apply the designation to a branch of the “Iranian government”, instead, selecting to sanction individuals within the IRGC instead of the organ itself.

This was a mistake. The IRGC is one of the Iranian regime’s pillars of repression. It also controls around 90% of the Iranian economy through affiliated companies and has been instrumental in the Iranian government’s ability to circumvent sanctions and funnel money to terrorist and militia groups abroad.

The move was also welcomed by the Iranian opposition. At a press conference in Washington DC, the National Council of Resistance of Iran (NCRI)  welcomed the designation. The pro-democracy groups urged the US government to consider going one step further and designating the Iranian Ministry of Intelligence (MOIS) as another foreign terror organization.

The argument is gaining some traction. Blackwell also supports the move. “While the IRGC has a long track record of terrorist activity on foreign soil and support for well-known terrorist proxies like Hezbollah, the Ministry of Intelligence and Security (MOIS) has been directly linked to the planning of bombings and assassinations,” he said.

Last year alone, the MOIS was responsible for organizing terror attacks and assassinations in the US, Albania, France, the Netherlands, Denmark, and Germany. Using its network of Iranian embassies on foreign soil, the MOIS has constructed a network of espionage and terror that has crept across Europe.

Although each of the 10 plots was foiled by European and US agencies, several came close to wreaking untold death and destruction on the European populace. In one incident, the MOIS attempted to detonate a car bomb at the People’s Mujahedin Organization of Iran (MEK)’s annual Grand Gathering Event in Paris. The event featured 100,000 distinguished guests, including MEK supporters across Europe and high-profile political figures like Newt Gingrich and Donald Trump’s personal lawyer and former mayor of New York Rudy Giuliani.

Blackwell’s piece described how, although the US government is making unprecedented progress towards neutralizing the Iran threat, more is needed to bring stability to the Middle East and beyond.

Existing sanctions reportedly helped bring about a 10% decline in the Iranian regime’s military expenditure. However, “Iranian entities are still clearly threatening Western lives and territory,” Blackwell writes. “We cannot afford to take it for granted that this trend has gone far enough, or that it will continue naturally.”

Blackwell concluded: “The international community must keep its focus on the positive effects of preexisting economic pressures, all the while wisely targeting new measures against those Iranian entities whose violent threat has yet to be addressed.”