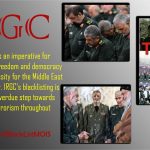 Regime Responds to IRGC Terrorist Designation with Threats of Terrorism against U.S. 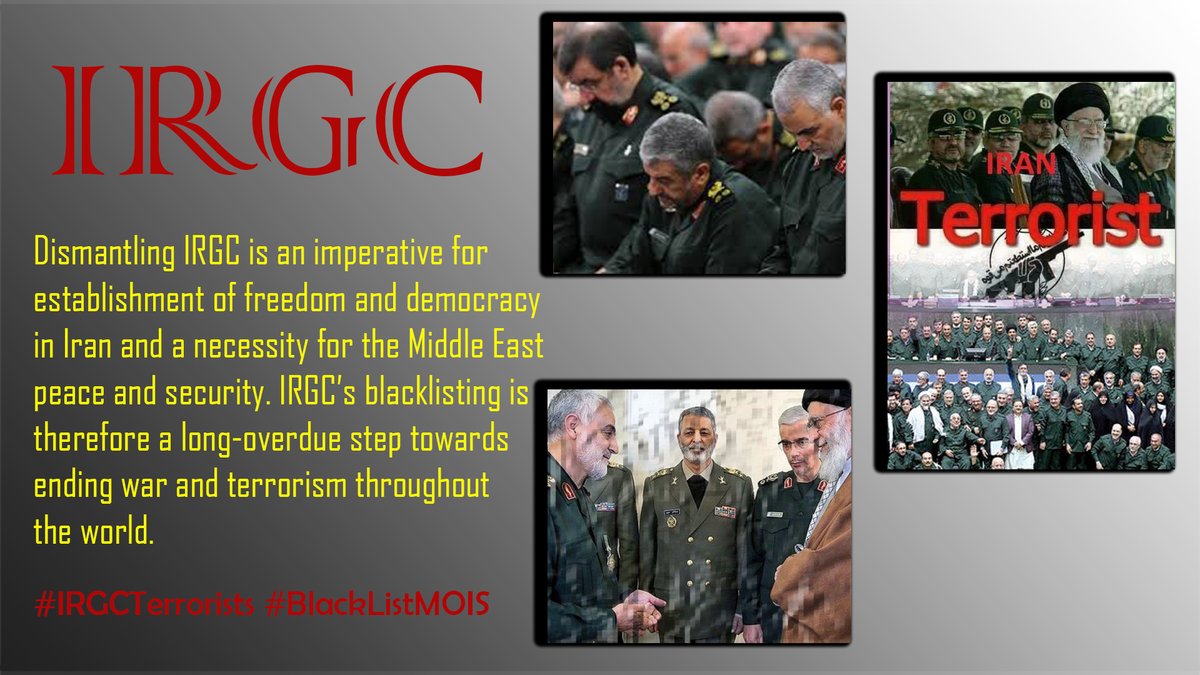 IRGC, the Iranian regime’s main force for repression at home and for expansion of terrorism abroad was blacklisted on Monday, April 8.

On Monday, April 8th, the United States designated the Islamic Revolutionary Guards Corps (IRGC) a Foreign Terrorist Organization (FTO), marking a significant departure from the Western policy of appeasement toward the mullahs. Within minutes of the announcement, the Iranian regime’s Supreme National Security Council (SNSC) retaliated by designating the United States Central Command (CENTCOM), which oversees all U.S. forces in the Middle East and North Africa, as a terrorist entity.

#IRGC in the black list is an important but inadequate measure
Because the Ministry of Information #MOIS is still the free organ of the assassination of the mullahs and is still a serious threat to the security of the world
Assassination of opponents outside
#BlackListMOIS pic.twitter.com/9oq3BhQdTz

On Wednesday, regime President Hassan Rouhani discussed the move by the United States in a speech commemorating the “national anniversary of nuclear technology,” saying that the U.S. was “making a mistake” and “taking the wrong path.” Rouhani implored the Iranian people, who have shown increasing hostility toward the IRGC and the regime as a whole after the government failed to provide assistance in response to the recent wave of deadly floods, to resist “U.S. pressures.”

Rouhani directly addressed the United States in his speech, saying, “If your intention with these sanctions was to reduce the military power of Iran, you should know that since last year we have had access to missiles and weapons that you could not even imagine.”

Threats from IRGC Commander in Chief

On Sunday, the day before the FTO designation was made official, Major General Mohammad-Ali Jafari, Commander in Chief of the IRGC said that the inclusion of the Revolutionary Guards on the terrorist list was “foolish” and would place Iran’s national security at risk. He further stated that the IRGC would “take reciprocal measures, based on the policies of the Islamic Republic.”

Jafari added that United States forces stationed in Western Asia “would no longer have their current peace.”

Threats from the Ministry of Foreign Affairs

The Iranian regime sent an official threat to the United States through the Swiss Embassy in Tehran. Abbas Araghchi, the political deputy at the Ministry of Foreign Affairs of Iran described the contents of the message. It said that “reciprocal action would be straightforward and quick” and that “the U.S. would be directly responsible for any incident that followed.”

#Iran's FM Zarif met today with top commanders of #IRGC, it proves that IRGC is the backbone & lifeline of brutal regime & all its foreign policy, remember Zarif resignation and deep fractures and fierce political rivalry in the Iranian corridors of power when Assad visited Iran pic.twitter.com/T47t0HM9ag

It continued: “From now on, U.S. troops in the region will not be ordinary troops for us. They are terrorist forces and U.S. bases in the region are also terrorist bases, and the way we deal with them will certainly be different from the past.”

On Wednesday, a number of ranking members of the regime’s Majlis (parliament) showed their support of the IRGC by wearing Revolutionary Guards clothing.

The MEK has called for the blacklisting of the IRGC and Ministry of Intelligence and Security (MOIS) for many years because of their involvement in terrorist activities. The regime’s reaction to the IRGC’s inclusion on the  FTO list is further proof of why the designation is long overdue. The regime and the IRGC are responding to a terrorist designation with multiple direct threats of terrorist retaliation. Fortunately, the FTO designation will make it difficult for the regime to follow through on these threats. Known terrorist organizations have difficulty getting funding.