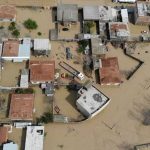 MEK-Iran: Floodwaters Spread through Khuzestan while Tens of Thousands of Iranians Still Wait for Disaster Aid 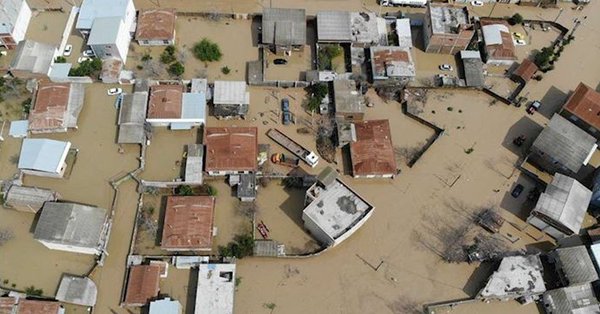 Flash flood is still covering vast areas in Lorestan, Golestan, Khouzestan, and other flood stricken areas, due to mismanagement of the regime.

More than two weeks of severe floods have devastated Iran and created a nationwide crisis. Three consecutive floods destroyed homes, dams, businesses, and public buildings; flooded and blocked roads; contaminated water supplies; and took hundreds of lives. Tens of thousands of people in numerous flood-stricken provinces now desperately need emergency assistance, but forty years of mismanagement and corruption has left the Iranian regime without the resources or competence to do so.

More disturbing news of floods engulfing cities and towns across #Iran while regime officials and authorities fail to provide aid.#IranFloodshttps://t.co/1fUJndy4eY

Locals in Ahvaz report that sewer pipes have burst, creating lakes of waste throughout the city.

More than 100 villagers in Khalife Heydar, near Shush, have been surrounded by floodwaters for four days. They have not received any aid from authorities.

The inadequate response from the regime has even drawn criticism from its own officials. The Friday prayer leader in Mamulan, Lorestan Province complained about the lack of aid to flood victims, saying, ““We have no news of 60 villages. Officials said they would launch a field hospital, yet no such action has been taken. There is no sign of any emergency units. A number of helicopters came and went, none sitting in Mamulan.” Friday prayer leaders are considered to be representatives of regime Supreme Leader Ali Khamenei. Dissent from a prayer leader is rare and speaks to chaos within the regime as a whole.

Hiding the Scale of the Disaster

Maryam Rajavi, President-elect of the National Council of Resistance of Iran (NCRI), says that the regime is diminishing the full scale of the disaster. On April 3rd, she tweeted:

“The clerical regime continues to hide the actual number of casualties and the scale of damages. A large number of victims are stuck in mud in #Lorestan, #Khuzestan and #Ilam, and a lot of people are stranded by #floods. #IranFloods”

The clerical regime continues to hid the actual number of casualties and the scale of damages. A large number of victims are stuck in mud in #Lorestan, #Khuzestan and #Ilam, and a lot of people are stranded by #floods. #IranFloods

Mrs. Rajavi has called upon the Iranian people to assist each other during this time of crisis. She specifically urged MEK Resistance Units and Iranian Youth to organize to support victims of the floods.

For more than two weeks, the Iranian people have stood on rooftops, clung to telephone poles in rushing waters, dragged bodies out of floodwaters, gone without drinking water, and been ordered to evacuate but given no place to go and no way to get there. They have been given false numbers of fatalities and damages. They have received visits from smiling regime officials with camera crews who offered no answers or assistance. They are angry.

On Wednesday, Ahmad Khadem, a senior official of the Revolutionary Guards (IRGC), visited Ahvaz, which was badly damaged in the third flood. He was confronted by a group of residents, who shouted, “Get lost!” Khadem and his bodyguards complied with their request and left.

Another regime official received similar treatment the day before. On Tuesday, Secretary of the regime’s Expediency Discernment Council and former IRGC Chief Mohsen Rezaie visited Poldokhtar, Lorestan Province. 90 people died in Poldokhtar during the third flood. Locals were not happy to see Rezaie.

In a video taken of the visit, a voice in the crowd can be heard saying, “What are you looking for here? Get lost! [Inaudible]. You have no dignity. Get lost! Get your selfies… and get lost!”