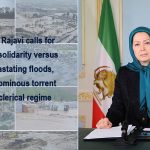 Maryam Rajavi: The Regime Must be Held Accountable for Flood Victims 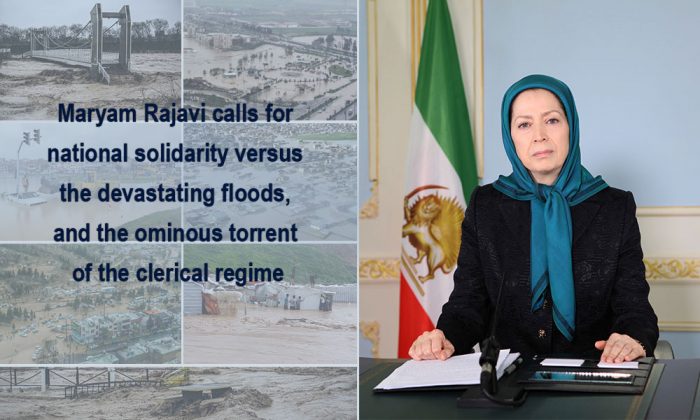 With more rain forecast, the situation for many Iranian struggling in the wake of the country’s devastating flooding last month is showing no signs of improvement. The provinces of Khuzestan, Lorestan, and Ilam were among the worst affected, with cities and villages succumbing to the rising floodwaters.

Despite more than 200 Iranians perishing in the disaster, the clerical regime has done little to offer support to the victims. There were no temporary shelters for those forced to flee their homes, no food and water delivered to washed out areas, and no rescue efforts to find survivors or retrieve the bodies of victims.

Instead, the regime deliberately tried to prevent details on the extent of the flooding from being revealed in the media. It threatened the Iranian opposition, the People’s Mujahedin Organisation of Iran (MEK), with punishment if it revealed the full death toll of the flooding. The clerical regime fears public outcry over the deaths and anger directed at the regime.

For the regime Supreme Leader Ali Khamenei, self-preservation is more important than the safety and security of the Iranian people. Where the regime has acknowledged the flood’s damage, it has used it as a photo opportunity. The MEK accused the regime in a statement of “treating the disaster as a photo op.”

The situation is so bizarre that even a member of the Regime parliament for Ahvaz called Hassan Rohani’s visit to Khuzestan “fruitless”. He also claimed that the regime had sent “mostly weary and faulty machinery” to ease the crisis. He admitted that the “lack of waterway dredging and management” had contributed to the severity of the flooding in the first place, a sentiment echoed in a statement by the opposition President-elect Maryam Rajavi.

Nowhere to Turn for Assistance

In the face of such limited assistance from the mullahs, victims of the flooding are being forced to look elsewhere for life-saving support. In a statement, Maryam Rajavi called on the population once again to come together to provide relief for the victims.

She urged Iranians to “form popular councils for independent relief action to bring aid to the flood victims.” In the face of regime inaction, she called for the nation to demonstrate solidarity.

In her conclusion, Mrs. Rajavi laid the burden on blame firmly on the mullahs’ shoulders. “The mullahs are responsible for leaving the country defenseless in [the] face of natural disasters by destroying the environment with irreparable deforestation, huge embezzlements and wasting Iran’s resources for repressive, terrorist and war-mongering ends,” she said. The regime “must be held accountable for the countless victims and millions of refugees caused by the recent floods.”